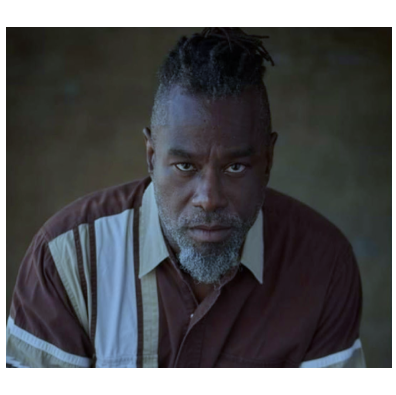 Last Black Friday in suburban Los Angeles, eight men walked into a big-box hardware outlet, headed for the Tools section, grabbed $400 in hammers, and hurried out of the store to an easy getaway. As many as 10 cars and 20 people in ski masks may have been involved.

One week prior and three hundred seventy miles north, bands of armed robbers broke into 15 legal cannabis operations in Oakland and across the Bay Area. The sum of products and cash stolen was in the millions of dollars.

Hardware stores and dispensaries alike, business operators who work out of commercial properties have been ensnared in a recent theft trend.

Packs of masked thieves presently trending across America’s brick-and-mortar landscape are hitting legal weed hard, casting a harsh light on how its cash-only status has made the profit-generating industry vulnerable.

So damaged have been cannabis companies over the past two weeks that in California operators have asked for tax relief from local and state agencies, in order to sustain their operations.

It’s estimated that operators have lost more than $5 million. Shootouts between security guards and thieves have been reported as well.

According to Moore, though the thefts have been executed by “mostly young kids,” the hits were “organized, planned and executed by Bay-adjacent criminal organizations.”

Federally prohibited, the U.S. cannabis industry is of course locked out of American banking. Broadly known as cash-only operations, the nation’s dispensaries have been targets since legalization’s dawn.

Businesses succumbed to 2020’s initial waves. More are struggling to recover. The ones that survived to sell another day are no more accepting of the crimes than they were last year.

After his dispensary was robbed on November 16, San Francisco dispensary owner Tariq Mizyed told The SF Chronicle. “This one, it really made me angry.”

Legal cannabis sellers acknowledge that the dispensary thefts had been bubbling along unnoticed. Some have begun to insist that unlicensed street dealing has proven to be the safer, more secure pursuit.

A noticeable uptick in targeting came with the onset of last summer’s protests against racial injustice. Flashes of rioting begat looting as the line between protest and looting dissolved. Organized crime opportunism filled the void where government proactivity might have flourished.

High profile, not-unpredictable targets near protest hubs such as celebrity B-Real’s San Francisco dispensary and the Los Angeles operation run by rapper Berner were hit last summer. But so too were legal operations in Michigan and Massachusetts.

The next rash of robberies came over the Independence Day (July 4) weekend. The state’s Bureau of Cannabis Control disabled its licensing databases, at the request of operators who were robbed; the thinking that online-listed listed names and locations spotlighted potential victims. Yet, November 3 — the country’s national Election Day — saw still more mass targeting.

Then came the Christmas dress rehearsal of which Chip Moore spoke.

West Coast dispensary surge thefts have grabbed most of the 2021 wave’s headlines, but reports of armed budtenders began to circulate after dispensary workers in Oregon and Oklahoma were killed in robberies. Earlier this month, Tulsa police arrested three people in connection with multiple dispensary attempts.

Three suspects have been arrested in a series of burglaries at Tulsa marijuana dispensaries. Police said Thursday that one of the suspects was featured as the current “Weekly Most Wanted.” Police said they believe the three suspects are connected to at least three dispensary burglaries, but potentially more. The investigation has been going on for months, police said. Arrested were 19-year-old Jailen Oliver, 19-year-old Ronnell Franks and 20-year-old Derrick Oliver. KTUL DECEMBER 3 2021

Predictably, malevolent and roving mobs are proving unlikely to bypass businesses known for holding mountains of cash and big stashes of cannabis.

“We need more protection. We need more funds and resources to improve security so that we can protect ourselves,” said Amber Senter, a prominent Oakland activist, operator, and chairwoman of the minority cannabis empowerment group Supernova Women.

Amber E. Senter – Chairman of the Board of Supernova Women

On the last Monday of November, Senter and other stakeholders activists d gathered in downtown Oakland to rally and address state and local policy issues relating to security, tax amnesty, and small businesses.

Senter and other speakers pointed out that pandemic-related supply chain disruptions had already damaged the industry. (A deluge of cheap weed from the unlicensed market has also made doing business dicey up and down the West Coast.)

Small businesses have been so wounded that some have called the very viability of Oakland cannabis retail cannabis into question. Brick and mortar stores are the face of this mob rob crisis, but cultivators, manufacturers, and delivery, too, have been impacted by the loss and upheaval.

Then, on Friday, a trickle of remedy made its appearance.

The state released proposed emergency waivers to qualified social equity businesses — the most vulnerable of small operations, according to California Department of Cannabis Control director Nicole Elliott. Beginning on January 1, qualifying businesses will be able to submit licensing fee waivers.

“We know access to capital remains a persistent challenge for California’s equity applicants and licensees,” Elliott said. “These waivers aim to address this challenge for those who need the most financial support, and this program reflects California’s continued efforts to create meaningful pathways to licensure for those most impacted by the War on Drugs.”

This emergency move is no stand-in for lowering the state’s iconically-high weed tax rates. Elliott said last month that changing them will take “a collective effort” from California’s industry, as tax law in the state requires a two-thirds vote.”

While not nothing, the planned license fee relief is no one’s idea of a panacea for these unprecedented attacks. Christmas is coming. Industry watchers, invested players, scheming thieves, and reporters alike wonder what chaos awaits.

The woes of canna-business, troubling though they might be, cannot be cherry-picked from the broader crime wave. Police aren’t likely to prioritize robbed marijuana operations over luxury stores.

If law enforcement, an implicit target of the protest that preceded the group theft shenanigans, is going to behave indifferently it’s going to be a very merry Christmas for bandit teams.

“You cannot rely soley on law enforcement to protect your business,”