It immediately raises the question – is the black market using crude oil as a base to create MDMA?

As the psychedelic pharmaceutical industry races to declare the necessity of psychedelics as tools for ending the mental health crisis, petroleum-based MDMA raises significant questions.

An article published in the Multidisciplinary Association for Psychedelic Studies’ (MAPS) Spring 2020 bulletin revealed that MAPS’ commercial MDMA appears to be derived from crude oil.

While there are many methods available for synthesizing MDMA, a common starting point for the drug has been safrole, an organic compound found in sassafras and other plants. But, Heather Clouting, the director of chemical manufacturing control for MAPS Public Benefit Corporation, wrote in her MAPS bulletin article—“The Commercial Chemistry of MDMA: From Research to Patient Access”—that the precursor MAPS uses for its supply of MDMA is most likely synthesized from crude oil.

“Unlike much of the MDMA that has been synthesized in the last decades (up until relatively recently), the synthetic pathway used for the MAPS synthesis of MDMA does not include safrole or related starting materials. Our key starting material is 5-bromo-1,3-benzodioxole, and its precursor, 1,2-methylenedioxybenzene, is likely synthesized in one step from [catechol], a bulk commodity chemical made in thousands of tons per year from crude oil,” Clouting wrote. The original bulletin article said “catecho,” not “catechol.”

Forget Plant-Based Medicine, MDMA is Now Made From Crude Oil 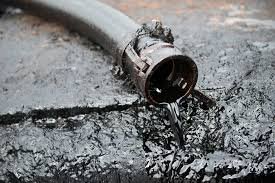