The prosecutors accused Yeh Hsiang-hung (葉翔浤) of heading what they called a “cannabis empire” by establishing sales and distribution networks, and selling “cannabis business franchises” to young people.

The suspects are accused of contravening the Narcotics Hazard Prevention Act (毒品危害防制條例) and other criminal charges.

The prosecutors seized NT$26.9 million (US$959,755) in cash and bank deposits that they said were illicitly gained from sales of cannabis.

The street value of the seized drugs was estimated at NT$1 billion, which the authorities at the time said was a record haul for cannabis products seized in the nation.

Police at the time presented the seized materials, which Yeh allegedly marketed under the “Mountain Highs” brand and kept in containers labeled “herbal remedy.”

Each container held 10g of cannabis, and Yeh and his distributors allegedly charged NT$500 per gram, police said.

In addition to life in prison, Lee asked that the court fine Yeh NT$15 million for “causing indescribable damage to the health of our citizens and endangering social stability.”

However, prosecutors asked for lighter terms for the other suspects, saying they have admitted to breaking the law, cooperated with the investigation and displayed good attitude during questioning.

He allegedly sent his distributors mostly to nightclubs and entertainment venues in the greater Taipei area to find customers, they said.

He promoted the illicit venture as a profitable investment and offered price guarantees to buy cannabis products from growers, they said.

In his defense, Yeh said he was providing “traditional herbal remedies” to people with terminal illness to alleviate their pain and that his venture aimed to help people. 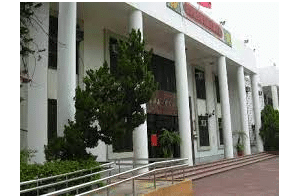