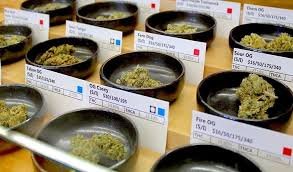 A number of articles and comments have addressed the application of IRC Sec. 280E and inventory costing methods for “Cost of Goods Sold” for a legal cannabis retailer in light of the two Harborside decisions. We have read no analysis that appeared to completely “get it right.”   Judge Holmes failure to impose accuracy-related penalties under IRC Sec. 6662 seems to have confused many commentators.  Let us see if we can produce a clearer articulation of inventory costing for the cannabis industry.

The inventory costing methods available under IRC Sec. 471 include:

Small businesses which have average gross receipts for three trailing years of less than $25 million[1] and are not a tax shelter[2]may rely on their book method of determining COGS for tax purposes. Stated differently, qualifying taxpayers do not need to make book-to-tax adjustments for COGS.

“Whenever in the opinion of the Secretary the use of inventories is necessary in order clearly to determine the income of any taxpayer, inventories shall be taken by such taxpayer on such basis as the Secretary may prescribe as conforming as nearly as may be to the best accounting practice in the trade or business and as most clearly reflecting the income”.

If an industry adopts best practices of capitalizing the majority of direct and indirect costs into COGS and the use of such a method clearly reflects income, then the IRS cannot adjust the taxpayer’s method of determining COGS solely for the purpose of “clearly reflecting income” based on IRC Sec. 471(a).

The Regulations define “Inventories at Cost” as:

In the case of merchandise produced by the taxpayer since the beginning of the taxable year, inventory cost includes the cost of raw materials and supplies entering into or consumed in connection with the product, expenditures for direct labor, and indirect production costs incident to and necessary for the production of a particular article, including in indirect production costs an appropriate portion of management expenses, but not including any cost of selling or return on capital, whether by way of interest or profit. See Reg. Sec. 1.263A-1 and 1.263A-2 for specific rules regarding the treatment of production costs[5].

To conform as nearly as possible to the best accounting practices and to clearly reflect income[6], both direct and indirect production costs must be taken into account in the computation of inventory costs in accordance with the “full absorption” method of inventory costing.

A taxpayer should be able to capitalize the cost of goods sold when doing so is consistent with industry practices[8].  Taxpayers in the cannabis industry could justifiably assert that substantial authority existed to sustain the use of IRC Sec. 263A in the calculation of the cost of goods sold prior to the release of Chief Counsel Memorandum [“CCM”] 201504011.

“Taxpayers trafficking in a Schedule I or Schedule II controlled substance to determine the cost of goods sold using the applicable inventory-costing regulations under IRC Sec. 471 as these regulations existed when IRC Sec. 280E was enacted; and

Unless the taxpayer is properly using a non-inventory method to account for the Schedule I or Schedule II controlled substance pursuant to the Code, Regulations, or other published guidance, the IRS may require an adjustment to clearly reflect income.”

The ability to use IRC Sec. 263A, and to assert that IRC Sec. 6662 “substantial understatement” penalties do not apply, ended with the publication of CCM 201504011.

We have routinely advised businesses that were engaged in cannabis cultivation that IRC Sec. 280E and the inventory costing provisions have minimal impact on them. With minor exceptions, all of the expenditures of such businesses were part of Cost of Goods Sold [“COGS”]. We find ourselves having to revisit that guidance due to the fiasco that has developed within CalCannabis over the licensing of cultivators. The situations that we must address include:

We have reviewed the issues and believe that the following conclusions will meet the “more likely than not standard[10]” for tax reporting positions.

Prior to having obtained a “temporary license”, or any type of license for that matter, a cultivator may NOT commence the conduct of an active trade or business for income tax purposes. Costs of a taxpayer in such circumstances may be addressed as follows:

Ground Rent, or rent on a space lease, may be deducted currently prior to the any type of license being obtained.

The costs associated with accounting, tax preparation, administration and operation of an office, but for the portion which is properly allocated in indirect production which should be capitalized, may be expensed.

Tangible property should not be treated as “placed in service” until such time as a temporary license is obtained. The same logic would apply to amortizable intangible property.

It is our opinion in a instance in which a cultivator that has received a “temporary license” or other license that lapses solely due to the passage of time may continue to treat their cultivation operation as properly engaged in a trade or business for income tax purposes[11].

There are many nuances and complexities to the analysis in this post, and we welcome the opportunity to clarify the application of the rules to a specific business

The MLTN standard is contrasted with the “reasonable basis” standard in IRC Sec. 6694

“(d)Exception for adequate disclosure of positions with a reasonable basis –

(1)In general. The section 6694(a) penalty will not be imposed on a tax return preparer if the position taken (other than apposition with respect to a tax shelter or a reportable transaction to which section 6662A applies) has a reasonable basis and is adequately disclosed within the meaning of paragraph (c)(3) of this section. For an exception to the section 6694(a) penalty for reasonable cause and good faith, see paragraph (e) of this section.

(1)Nature of the error causing the understatement. The error resulted from a provision that was complex, uncommon, or highly technical, and a competent tax return preparer of tax returns or claims for refund of the type at issue reasonably could have made the error. The reasonable cause and good faith exception, however, does not apply to an error that would have been apparent from a general review of the return or claim for refund by the tax return preparer.

(i) The advice or information is unreasonable on its face;

(ii) The tax return preparer knew or should have known that the other party providing the advice or information was not aware of all relevant facts; or 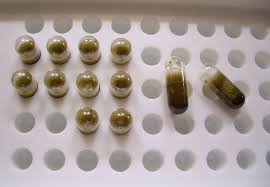 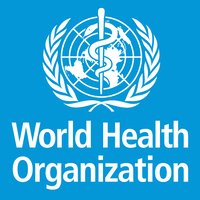 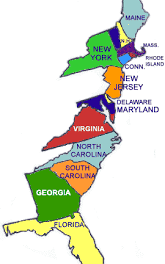 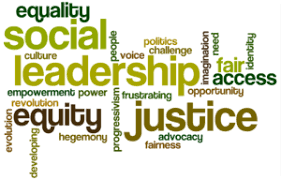