In an article entititled Excise Taxes the Tax Foundation writes..

Establishing legal access to recreational marijuana[56] is a still relatively new trend (15 states have done so),[57] but reports of growing marijuana sales and expanding popular support make it likely that more states, and maybe even the federal government, will consider allowing licensed sales of, and taxing, marijuana.[58]

While meaningful revenue may be available (eventually), lawmakers should remain cautious as revenue will not materialize for a number of years and could be volatile. See Table 5 in the Appendix for revenue potential by state calculated based on actual revenue collections in states with legal recreational marijuana markets operating for three or more years.

That being said, there are examples of legal markets working. Facilitating affordable accessible marijuana seems to have worked in Colorado, Oregon, and Washington, where legal sales have successfully outcompeted the illicit market—at least to a certain degree. At the same time, these states have raised the revenue required to cover the cost of the system.

The marijuana market still has potential to grow as more states enter the fray. Estimates suggest that the legal market was worth between $11.0 billion and $13.7 billion in 2019, and may be worth up to $30 billion by 2023.[60] If these projections materialize, the value of marijuana sales will grow to two times that of firearms and ammunition, and three times that of McDonald’s sales revenue in the U.S (2018 data).[61] In 2019, recreational marijuana was estimated to make up about 60 percent of the market, but is expected to grow to closer to 75 percent by 2023.[62] In the recreational market, the product split is fairly even between flower-based products and infused products/concentrates.

A profitable new industry to tax is understandably enticing to many lawmakers, but an excise tax on recreational marijuana should be based on the following principles:

Taxes that capture general consumption, profit generation, and property value exist outside the excise tax space. Lawmakers should rely on these broad-based taxes rather than develop gross receipts taxes or ad valorem taxes to this new tax economic activity.

In order to tax marijuana efficiently, the tax should be levied at a rate that corresponds to the externalities associated with the product. This is difficult as the actual externalities are hard to estimate for any product, and no study on the subject exists for marijuana.[63] Not only is it hard to estimate cost related to marijuana use, but external cost is also impacted by substitution. For instance, the external cost of marijuana use is smaller if consumption of marijuana is substituted for alcohol, painkillers, or tobacco consumption and vice versa. Nonetheless, these principles can be helpful to tax writers.

For this and perhaps other reasons, most states have implemented price-based (ad valorem) taxes on recreational marijuana levied at the retail level. Levying the tax on retail sales allows for simplicity because there is a taxable event with a transaction, allowing for simple valuation. However, if an ad valorem tax is applied at the wholesale level, it is difficult for vertically integrated businesses to calculate the taxable value, as there is no transaction. To offset that, Colorado and Nevada levy their ad valorem tax based on a fixed rate (adjusted at different intervals) and weight. Although structured as an ad valorem tax, applying a fixed price essentially converts these taxes to a weight-based tax.

Although ad valorem taxation is simple, it is neither neutral nor equitable. Furthermore, such a design harms consumer choice and product quality as it incentivizes manufacturers and retailers to reduce prices to limit tax liability. It also incentivizes downtrading, which is when consumers shift from premium products to cheaper alternatives. Downtrading effects do not reduce harm and have no relation to any externality the tax is seeking to capture.

In addition, like any tax in an immature market, ad valorem systems run the risk of being too high in the beginning, when supply is low, and too high after a few years, when prices might drop significantly. When supply is low, the tax rate may add significant cost to an already scarce expensive product. As the market develops, prices may fall, which would subsequently reduce tax revenue. This effect is not yet widely noticed as states have been expanding the market, with growth in sales masking this effect. Nonetheless, the longevity of an ad valorem system remains uncertain as, according to a report from the Congressional Research Service, the price per ounce may fall as low as $5-$18.[64]

Rather than levying the tax on price, lawmakers should use a specific tax base: weight and potency (THC-based). [65] By taxing this way, highly potent products would be more expensive and yield more revenue, reflecting higher societal cost associated with more potent products. By including the weight component, the levy would also respect the different harm profiles of smoking a little versus a lot of marijuana. A specific, separate category should be created for edibles and concentrates as they are easier to test. Neither weight nor potency are perfect, but both are substantially better proxies than price for internalizing the externalities.

Using THC as a tax base assumes that THC content is the best proxy for potency and therefore the best measure of externalities related to marijuana consumption. This, however, is an area that should be studied further. There are hundreds of cannabinoids in marijuana and the understanding of the “formula for potency” is nowhere near complete. Even with a THC focus, there may be a need to levy one rate on edibles and another of concentrates to account for different and more potent absorption mechanisms. For instance, New York State has recently proposed a tax system where edibles are taxed four times higher than concentrate.[66]

Furthermore, one of the great challenges with tax design for marijuana is the amount of product types available on the market, from pre-rolled joints to sparkling water, and the yet unknown products to come. Any tax system should either be nimble enough or be updated frequently enough to capture new products as they enter the market.

State taxes should be levied at the wholesale level to avoid tax pyramiding. If interstate commerce becomes legal, marijuana risks double taxation if the origin state taxes cultivation and the destination state taxes sales. To avoid this problem, states should not levy taxes on products that are not consumed in the state. Avoiding tax pyramiding would guarantee that the excise tax is a tax on consumption rather than on cultivation or production.

Excise tax revenue should be appropriated to relevant spending priorities related to the consumption of marijuana. Examples include public safety, cessation programs, marijuana research, and youth drug use education.[67] 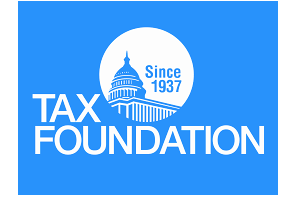