New York has legalized adult use recreational marijuana for cultivation, processing, and sale in New York. The Marijuana Regulation and Taxation Act (S.854-A/A.1248) (MRTA) was signed into law by the governor on March 31, 2021.

The MRTA establishes the Office of Cannabis Management within the Division of Alcohol Beverage Control to set standards, license, inspect, and enforce the laws with respect to marijuana businesses. The tax revenue is to be allocated to community grant reinvestment funds, education, and mental health initiatives.

Of course, any marijuana business is subject to the generally applicable New York state and local corporate, income, and excise taxes. Depending on how the business is organized, a corporate tax would be applied if the business is formed as a corporation. Some corporations may be eligible to make a federal and New York election to be treated as an S corporation that provides pass-through treatment for tax purposes (Note: New York City does not recognize S elections for its corporate tax). If the business is established as a partnership, limited liability company, or sole proprietorship, income tax would be due and, if the business operates in New York City, an unincorporated business tax (UBT) of 4% would be due if income exceeds the threshold for paying that tax (a credit will eliminate the UBT if net income is less than $100,000). In addition, if renting a location in NYC south of 96th Street, a commercial rent tax at an effective rate of 3.9% would be due if annual rent for the premises exceeds $500,000.

In general, both the state and city tax laws adopt the Internal Revenue Code (IRC) for definitions and as the starting point for calculating their corporate taxes with specific modifications for New York purposes. However, federal tax law raises significant issues and problems for those in the marijuana business. As noted below, the IRC disallows deductions and credits for carrying out a trade or business in a Schedule I controlled substance that will also apply to New York state and city corporate and income taxes.

Marijuana remains illegal under federal law and is classified as a Schedule I controlled substance under the federal Controlled Substances Act. Income from a marijuana business must be reported for federal tax purposes as income from illegal activities subject to federal income tax under IRC Section 61. While businesses are generally able to deduct ordinary and necessary business expenses, marijuana businesses are prohibited from deducting business expenses incurred in the sale of marijuana. IRC Section 280E disallows all deductions or credits for any amount paid or incurred in carrying out any trade or business of trafficking a Schedule I controlled substance. Section 280E applies to all marijuana businesses, even if they operate in states that have legalized the recreational use of marijuana.

The IRS has issued guidance that provides that IRC Section 280E does not prohibit a business in the marijuana industry from reducing its gross receipts by the cost of goods sold to determine gross income. Therefore, a business that sells marijuana may reduce its gross receipts by the costs of acquiring or producing the marijuana it sells, but it cannot deduct its advertising, selling or other business expenses. As a consequence of IRC Section 280E, marijuana businesses pay federal income tax on gross profits, while most businesses pay federal income taxes on net income. 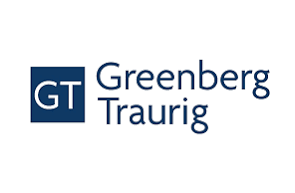