Teri has report over the years about the mysterious Andy Defrancesco. It appears his chickens may have eventually come home to roost.

First up some of our original bylines.

More past stories at

Canadian small cap financier Andy Defrancesco has been accused by the U.S. stock market regulator of securities fraud for his role in leading a pump and dump scheme of Cool Holdings ($AWSM). The SEC filed its complaint in the Southern District of New York on Friday, January 6 and also named his ex-wife Catherine Defrancesco and his long time executive assistant Nikola Faukovic for aiding him in secret payoffs for stock promotions and using nominee accounts to hide Andy Defrancesco’s actual ownership of the Apple reseller phone business. Cool Holdings CEO and CFO are also defendants in the securities fraud suit. None of the defendants responded if they plan to fight the case or settle and agree to the SEC demands.

The SEC’s case focuses on trading in 2018-2019, false promotional campaigns, and SEC stock ownership forms that didn’t report the correct percentage of stock ownership. The complaint list two additional people who aided Andy Defrancesco in his stock violations. A person who worked for him at Delavaco Group called ‘affiliate A’ and a stock promoter who bills himself as an IR consultant or analyst.

The government doesn’t name the protomer who allegedly published false information about the health of Cool Holdings in September 2018 but it’s not hard to fact check that person is James Stafford who owns oilprice.com and Advanced Media Solutions Ltd. The article title, “Small NASDAQ Company Just Got a Huge $900 million Opportunity From Apple”, can be found at safeheaven.com and has a disclaimer that ties back to Advance Media Solutions. James Stafford’s work is often seen under other names and few know were the man actually resides. The Globe and Mail was first to report on his alleged ties to Cool Holdings and Defrancesco in a story from February 2019 called “How two Canadian financiers took an obscure Apple reseller for a wild ride”.

It only took the SEC four years to use the road map Milstead’s detailed reporting laid out against Defrancesco and Stafford. Meanwhile Defrancesco or his affiliates appear to have been using Cool Holdings and all its future version of the company to the benefit of themselves instead of building a company that benefits main street shareholders.

Read her full story at 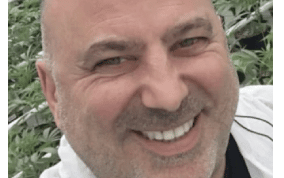