In 2018, Texas prosecutors filed about 5,900 new misdemeanor marijuana possession cases a month, according to data from the Texas Office of Court Administration. The first five months of 2019 saw an average of more than 5,600 new cases filed a month. But since June, when the hemp law was enacted, the number of cases has been slashed by more than half. In November, less than 2,000 new cases were filed, according to the court data.

For those who support marijuana legalization, that change is welcome, adding to an already growing effort in some of the state’s most populated counties to divert pot smokers from criminal prosecution or not arrest them at all.

“It means that there are fewer Texans that are getting slapped with a criminal record for marijuana possession, something that is already legal in other states,” said Katharine Harris, a drug policy fellow at Rice University’s Baker Institute for Public Policy.

But the patchwork system of a temporary de facto pot decriminalization in some cities or counties was not intentional, according to the hemp bill’s authors and state leaders. Republican House Speaker Dennis Bonnen has told his chamber’s criminal jurisprudence committee to examine the new marijuana testing before the Legislature reconvenes in 2021 and ensure “existing state law can be enforced.” 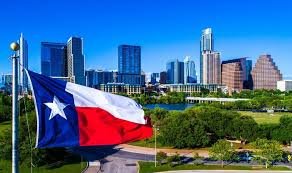