Beijing has rejected a Thai politician’s claim that Chinese citizens had been barred from visiting the Southeast Asian country after it recently legalised cannabis.

In a Facebook post on Tuesday, China’s embassy in Bangkok said “the government has not resumed overseas group tours that were banned since the beginning of the Covid-19 pandemic”.

It added Beijing had not issued any directives requiring Chinese travellers to cancel their trips to Thailand. 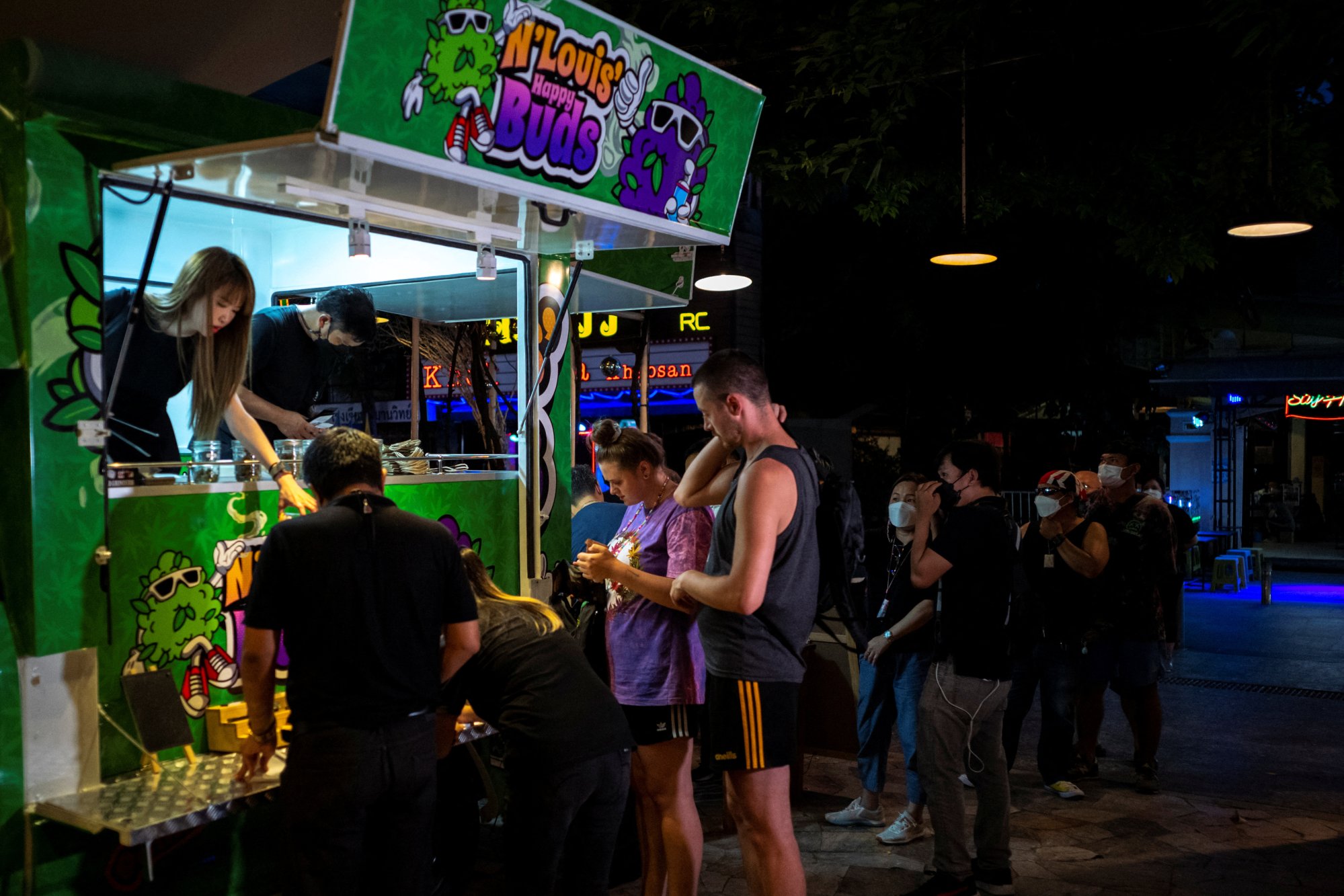 Tourists queue up to buy cannabis at a cannabis truck in Bangkok. Photo: Reuters

Chaturon said on Facebook last week that cannabis decriminalisation could turn into a negative soft power and affect foreigners’ view of Thai culture.

He also said China had cancelled a schedule to allow tourists to visit Thailand.