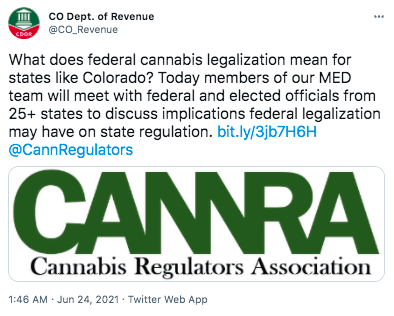 Marijuana Moment picked up on the various conversations

Reps. Earl Blumenauer (D-OR) and Dave Joyce (R-OH), both co-chairs of the Congressional Cannabis Caucus, spoke with the state regulators, in addition to staffers from other congressional offices. Representatives from the National Institute on Drug Abuse, Food and Drug Administration and Alcohol and Tobacco Tax and Trade Bureau were also present.

Andrew Brisbo, executive director of the Michigan’s Marijuana Regulatory Agency, told Marijuana Moment that the federal officials were “very receptive” during the dialogue and recognized the state regulators as “willing to be good partners in their ongoing conversations.”

“I think the primary thing we wanted to get across is, as federal policymakers are engaged in conversations and thoughtfully considering how to approach federal policy reform, that it’s critical that state regulators have a seat at the table to share our perspective,” he said.

“Obviously we all know from our experiences what has worked in state regulatory environments—probably more importantly what hasn’t worked—and we want to lend that perspective,” he added. Product labeling, testing and promoting social and economic equity are some of those issues that were discussed.

The conversation also touched on legislation to protect banks that service state-legal marijuana businesses from being penalized by federal regulators. Brisbo said that while CANNRA isn’t taking a position on legalization legislation that’s moving through Congress, that’s one “critical” issue that could be addressed in the short term.

Regulators from California, Colorado, Hawaii, Illinois Massachusetts, Minnesota, Nevada, Oregon, Utah and other states were among those who participated in the meeting.

“One particular thing we want to ensure is that there’s consideration for existing state frameworks,” Brisbo said. “There’s been a lot of time and investment and engagement with stakeholders in the various states that have legalized in their specific frameworks—and there are some differences, and those things aren’t necessarily accidents.”

“There are some deliberate measures to honor the will of the people in those states and establish structures that work on the state level,” he continued. “We want to ensure that that’s given consideration in any sort of federal policy reform—that the progress that states had made, and the things that are successful in those individual states, aren’t just overrun by a federal policy approach.”

Earlier this year, CANNRA sent a letter to congressional leaders, outlining cannabis policy priorities and offering assistance as lawmakers consider a number of reform proposals that are set to advance this session. 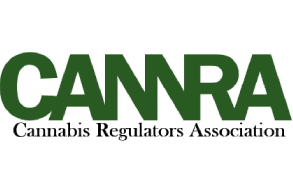