First up    COPENHAGEN (Reuters) – Danish cannabis firm StenoCare said on Thursday it would quarantine more batches of cannabis oil from its partner CannTrust which has sold products from what Canada’s federal health regulator called unlicensed facilities.

StenoCare said it would now quarantine five batches of the oil, up from just one yesterday.

“The most likely consequence from this new situation is that there will be a temporary shortage of medical cannabis products to the Danish market,” StenoCare said in a statement.

And the Globe and Mail reports on their false walls, to hide stock routine.

CannTrust Holdings Inc. hid thousands of cannabis plants behind temporary walls in order to stage misleading photographs of an unlicensed growing room that were sent to Health Canada, a former CannTrust employee alleges.

The Vaughan, Ont.-based cannabis producer is under investigation by Health Canada after federal regulators found CannTrust was growing cannabis in five unlicensed rooms in its greenhouse in Pelham, Ont., between October, 2018, and March, the company acknowledged Monday.The announcement sent CannTrust’s NYSE-listed stock plummeting more than 35 per cent since Monday.

According to Nick Lalonde, who worked for the company from June, 2017, to May, 2019, and served as head of disposal operations at the Pelham greenhouse, CannTrust took explicit steps to hide its unlicensed operations from Health Canada.

On at least one occasion last fall, employees were asked to stay late to set up fake walls to hide “several thousand” plants from view, in order to take photographs that had been ordered by Health Canada as part of routine licensing requirements, Mr. Lalonde told The Globe and Mail. 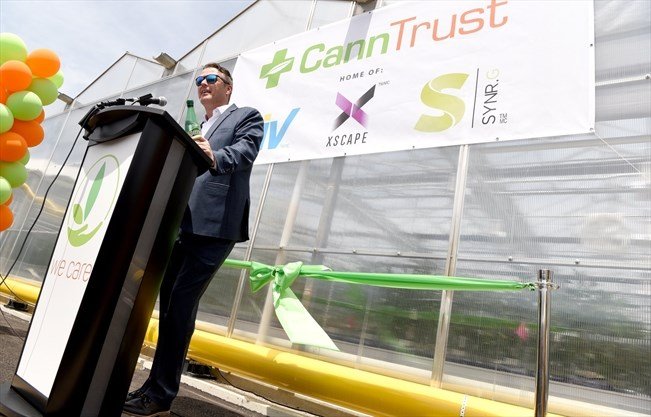