The Chicago Tribune reports the following,…

There is a major new player in the Illinois weed industry.

Curaleaf will take control of nine Greenhouse and Windy City Cannabis dispensaries April 1, all of which will transition to the Curaleaf brand, company spokeswoman Tracy Brady said Friday.

The Greenhouse dispensaries moving under the Curaleaf banner are in Northbrook, Skokie, Mokena, Morris, Deerfield and Melrose Park. Windy City Cannabis locations taking the Curaleaf name are in Justice, Worth and Chicago’s Lincoln Park neighborhood.

Windy City Cannabis will continue to own and operate locations in Homewood, Posen and Litchfield, with dispensaries in Highwood, Carpentersville and Macomb set to open this year.

The change in ownership comes as unions are working to gain a foothold in the fast-growing Illinois marijuana industry, organizing employees at one of the dispensaries moving into the Curaleaf portfolio. 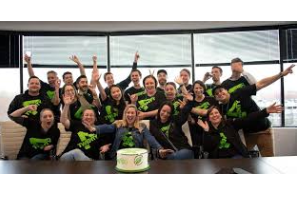