The Gnomes of Darkness Present..”Top Cannabis Industry Clusterfucks of 2018″ 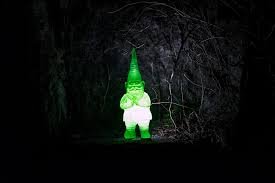 Top Cannabis Industry Clusterfucks of 2018 – the legal cannabis industry in the United States and Canada tried to drown itself in a tsunami of superlatives and hyperbole during the past year.

Everyone seems to be stoned from “huffing their own stink” and have forgotten about some spectacular “clusterfucks” that could have drowned the fledgling industry in a torrent of noxious effluent.

We have designated ourselves as the Gnomes of Darkness and present our list of five top clusterfucks for 2018.

I mean, let’s be clear – the Canadian venture capital markets are a rank pit of vipers that live by sucking on the lifeblood of the foolish, recycling shit into prettier shit, and tapping grandma on the shoulder repeatedly for a financial refill. But hey, we’re not just watching Mr. Bierman find cheap money for the company. He’s also getting the cheap money personally.

The CEO and the Chairman will each receive US$1.5 million per year in salary for four years, plus US$10 million in ‘redeemable units’ based on share price, that have vested, plus another $30 million in long term incentive plan units that vest over 24 months, at the end of every month.

This means Bierman is coming into this deal – stock aside – with $1.5 million in salary, another $15 million annually in ‘incentives’, and $10 million ‘just cuz’, or $26.5 million off the top. President Andrew Modlin gets the same deal, so of the $100 million raised in new shares going public, $53 million of it goes straight into the pockets of the big two.

A Canadian investor traveling to Las Vegas, Nevada, to attend a prominent cannabis conference and tour a new cannabis facility has been issued a lifetime entry ban to the United States, according to an immigration lawyer he consulted.

“He was traveling straight from Vancouver to Vegas. When they found out he was going down to tour the marijuana facility and that he was an investor in marijuana, they gave him a lifetime ban,” said Len Saunders, an immigration lawyer based in the border town of Blaine, Wash., who was consulted by the individual after receiving the ban.

The individual, who invests in a Canadian cannabis business that has an operation in Nevada, received the ban on the morning of Nov. 14, as he traveled to Las Vegas to attend the Marijuana Business Conference & Expo, one of the largest gatherings of cannabis industry players. The conference attracted close to 25,000 investors, entrepreneurs, lenders, lobbyists and executives of major U.S. and Canadian licensed cannabis producers, among others.

Whether the report and testimony will be received in evidence and considered in determining THC’s COGS for tax years 2009-11 depends on the application of principles expressed in Daubert v. Merrell Dow Pharms., Inc., 509 U.S. 579 (1993), and Rule 702 of the Federal Rules of Evidence.

“The Marty report is brief and summary, and its content is unreliable. Multiple statements in the report refer to no underlying source of information. For other statements that do cite an underlying source, Marty has failed to include the[*9] information or data on which he relied. In many instances, the report does not reference or provide sufficient information or data for us to conclude that the opinions expressed are based on anything other than his own conjecture…

For the reasons stated above, we conclude that the Marty report is not admissible under rule 702 of the Federal Rules of Evidence because is it is not helpful in understanding evidence or in determining a fact and it includes legal conclusions.”

The California legislature is currently finalized a bill (SB-1459) which would establish a provisional licensing regime for California cannabis businesses. The bill moved into “enrolled” status late last week, which means that SB-1459 has been approved by both houses of the state legislature and is being proofread to ensure all amendments were properly inserted. Once SB-1459 is “correctly engrossed”, only a signature from Governor Brown is needed for the bill to take immediate effect. In all, provisional licensing seems imminent.

While many states have decriminalized or legalized marijuana use, the drug is still illegal under federal law, creating a conflict between federal and state law. The main Justice Department memo addressing the issue, known as the “Cole Memo” for then-Deputy Attorney General Jim Cole in 2013, set forth new priorities for federal prosecutors operating in states where the drug had been legalized for medical or other adult use.

The memo will be rescinded but it’s not immediately clear whether Sessions will issue new guidance in its place or simply revert back to older policies that left states with legal uncertainty about enforcement of federal law. Opponents of legal marijuana on Thursday celebrated the long-awaited action.

While there is much to be grateful for in the legal cannabis industry in 2018. However, we would be well advised to reflect on our collective missteps and learn from them.

BCC Issues “Guidance on Commercial Cannabis Activity”. What is the point of the document? 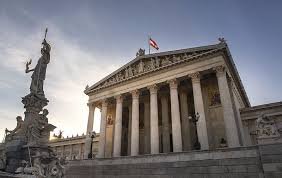 Austria will not let them eat space cake 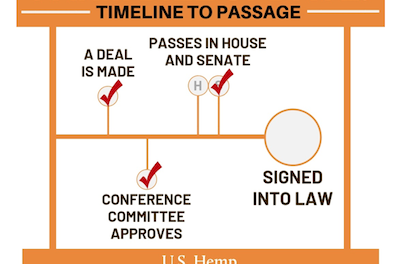