The ‘Godfather Of Canadian Cannabis’ Is Launching A Psilocybin Startup

Lorne Gertner is getting into the magic mushroom business.

After two decades in the legal cannabis world, the co-founder of Tokyo Smoke will announce his first foray into psychedelics on Monday. Mr. Gertner will become chairman of a new company devoted to producing pharmaceutical products with psilocybin – the psychoactive (and still broadly illegal) substance that occurs naturally in certain mushrooms – as a core ingredient.

The company is being formed through a merger of Mr. Gertner’s most recent venture – CannaGlobal – with Sansero Life Sciences and Rise Wellness. Sansero co-founder Steve Sadoff will serve as CEO of the new entity, which will temporarily be called ‘CannaGlobal Wellness’ until a third-party branding firm determines a permanent name.

Armed with a combined valuation of C$25-million, Mr. Sadoff said much of the new company’s cash resources will be devoted to a multimillion-dollar years-long pharmaceutical development program. 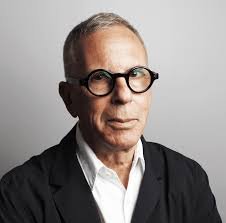