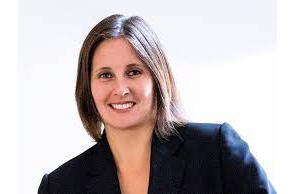 This doesn’t come as much of a surprise.

We presume the law firms with the money are going to snap up as many former  regulators as they can get their hands on for both IP and contacts .

Here The VS press release

Flanagan was elected to the Massachusetts House of Representatives in 2005, then to the state Senate in 2009, where she served two terms. In 2017, Gov. Charlie Baker appointed her to serve as the first public health representative on the newly formed Cannabis Control Commission. During her time as a commissioner, she led efforts to protect public health and patients’ rights, including the award-winning “More About Marijuana” public education campaign.

“Jennifer devoted 25 years to public service in Massachusetts, and we are honored to welcome her to Vicente Sederberg,” said Adam Fine, managing partner of the firm’s Boston office. “Her experience as both an elected official and regulator, combined with her career-spanning advocacy work, offers her a unique perspective on cannabis policy. She will be an invaluable asset to our clients and to government officials across the country as they work to develop and implement responsible cannabis and hemp regulations.”

Now in its eleventh year of operation, Vicente Sederberg continues to grow in its service offerings and geographical reach as cannabis policy reform spreads across the U.S. and around the globe.

“Throughout my four years with the commission, I watched the Vicente Sederberg team passionately and effectively advocate not only for their clients, but also for thoughtful public policy and the collective welfare of the regulated cannabis industry,” Flanagan said. “I’m grateful for this opportunity to take on a new role that ties together my cannabis regulatory experience with my commitment to public health advocacy. I look forward to working with VS and other cannabis industry leaders on matters that advance the industry in a responsible, inclusive, and compliant manner.”