The History of Cannabis in Medicine

For many years, marijuana has been perceived to be an intoxicating or hallucinogenic drug for stoners and hippies who often lay around to smoke dope to the impairment of their intellectual function. This portrait of cannabis use can be ascribed to a feature of its culture. However, cannabis has been used as medicine in different fields for many years. Cannabis contains three species: Cannabis Sativa, Cannabis Indica, and Cannabis Hybrid. Feudal and prehistoric physicians combined the plant with tea or medicines to relieve pain and treat other ailments. Log ago, cannabis was not deliberated a highly regulated substance as it is today. In some countries such as the United States, cannabis is registered as a Schedule 1 drug alongside heroin and LSD.

Back then, hemp, a species of the cannabis sativa plant, was cultivated as an agricultural crop and reaped for its oils, fiber used fiber for ropes and clothes, and high-protein seeds. However, hemp does not possess the psychoactive and mind-altering effects of marijuana. In other places such as China, hemp was cultivated for food and other numerous benefits. Thus, it was easy and natural for people to find out that that other species of the cannabis plant could be used for medical purposes. The widespread use of medical cannabis began in China and traveled through Asia into the Middle East as well as Africa. Prehistorically, cannabis was used to relieve pain and acted as an effective remedy for different health conditions. However, doctors warned against excessive use of cannabis as they presumed it would make the user experience hallucinations.

The CBD chemical compound in cannabis is used to make CBD oil products such as powders, capsules, sprays, tinctures, vape oils, concentrates, topicals, and edibles among other products to help people relieve themselves of pain as well as treat certain health disorders Some of these health conditions include muscle spasms, glaucoma, post-traumatic stress disorder, insomnia, cancer, schizophrenia, anorexia, Alzheimer’s disease, and Parkinson’s disease among others. Some of these medical cannabis benefits are as discussed below.

Medical cannabis is known to possess pain-relieving properties. Thus, many people often use it to relieve themselves of chronic pain, muscle pain, and pain in the joints. Chronic pain is the primary cause of disability in many people worldwide. The active cannabinoids in marijuana impact the brain receptors hence reducing pain in marijuana users.

Medical cannabis is used to relieve symptoms related tos post-traumatic stress and depression. However, many doctors and physicians do not recommend it to people living other mental health disorders such as psychosis and bipolar disorder. This is because they believe that buying cbd oil is not an effective treatment for such conditions. Nonetheless, research shows that medical cannabis helps to reduce post-traumatic stress disorder, social anxiety, and depression. But, some patients often use pharmaceutical drugs to reduce symptoms of stress, depression, and anxiety. Contrariwise, these drugs seem to impact negative side effects on the users such as sexual dysfunction, agitation, headache, insomnia, and drowsiness. This has led the majority to seek effective alternatives such as medical cannabis which possesses anti-depressant properties.

Medical cannabis is used to treat cancer treatment-related side effects as well as cancer-related symptoms. Many patients experience pain from cancer medication. And an effective means to relieve this pain is a blend of CBD and THC. This mixture reduces the pain significantly. Also, cannabis oil reduces vomiting and nausea (side effects induced by chemotherapy).

The history of cannabis in medicine

As mentioned earlier, cannabis was cultivated as an agricultural crop. It was later harvested for its oil, high-protein seeds, and fiber. Other countries such as China cultivated the crop mainly for food and other uses. Many people came to naturally discover that the cannabis plant has other species which could be used for medicinal purposes. This, hence, led to the widespread use of marijuana for medical benefits from China to other parts of the world, such as Asia and Africa. Scientists began conducting research to validate which health conditions medical cannabis could use to treat. Several tests were conducted in various people living with different health disorders. Many people showed signs of improvement whereas, others took time. This is because the effectiveness of medical marijuana varies depending on the method of consumption one uses. The use of medical marijuana for pain and other health conditions led to the establishment of a medical cannabis dispensary in different countries. This made it easy for people to access the products for their conditions.

What diseases does cannabis help?

Attitudes towards cannabis in the modern world

The marijuana industry is expanding at a remarkable rate. Many people rely on the cannabis cure for their various health conditions. Hence, this has led to the establishment of marijuana health stores and online marijuana dispensaries in different parts of the world. However, despite some research showing that cannabis can be used to treat various health conditions, some people always view it as a drug people use to get high. Regardless, cannabis can be used for both recreational and medical purposes.

In conclusion, medical cannabis has gained popularity over the past few years. Many people have been using medical marijuana as a remedy for their health conditions. Medical cannabis came to be discovered after the news of its medicinal uses traveled from China to other parts of the world. Scientists then went ahead to conduct ample research to verify the health conditions medical marijuana could treat. 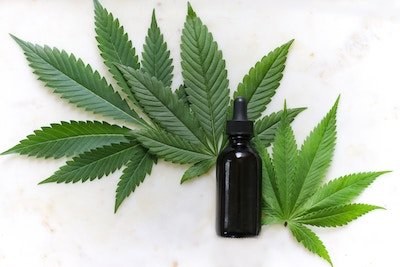