The Legality of Cannabis Grow Tents In Europe

If you are starting to grow your marijuana, a cannabis grow tent is the way to go. They are practical, easy, and discreet, and you can grow several plants without many people knowing. However, the legality of this operation depends entirely on where you are – many countries in Europe still haven’t legalized any marijuana.

Cannabis grow tents are a quiet and simple way to develop a cannabis plant inside the home. They are cheap to put together and can keep a few plants growing. An optimal setup can include plants that cycle through production so that you can have a steady supply of marijuana.

In most European countries, any kind of marijuana is illegal to grow or possess. Most of these haven’t decriminalized it either, so that any possession could land you with criminal charges. A growing number of countries allow limited medical marijuana, but these countries have stringent rules on who can have marijuana and who can grow it.

Some of the more relaxed countries allow for growth and won’t prosecute a few individual plants. However, it’s still technically illegal throughout most of Europe (this map updates the legality of marijuana throughout Europe regularly). Recreational marijuana is only technically legal in the Netherlands and parts of Spain, and there are restrictions to growing marijuana in those countries.

Technically speaking, the only two countries that have legalized recreational marijuana are the Netherlands and Spain. Even with this legalization, how much you can grow on your own and what you can do with it is complicated. If it is legal to grow cannabis in a country, a grow tent is also permitted (and encouraged for maximum discretion).

Of the countries that have only legalized medical marijuana, there are still a few exciting exceptions: Belgium and the Czech Republic have decriminalized home growing to the point where it’s unpunishable (as long as you stay within the plant limits). Cypress and Austria also have rules but are not as friendly towards home growth.

These four countries are by far the easiest countries to grow your cannabis, whether in a tent or otherwise. If you decide to grow a plant, always keep up with the laws of your country or region. Laws are constantly changing, and you don’t want to get caught unawares or accidentally break a newly-imposed regulation.

Spain is a country with somewhat confusing marijuana laws. In most provinces, private recreational marijuana is legal, but you can get prosecuted for public use or selling. It’s legal to grow in private spaces in some regions, but not in others. There are no clear guidelines regarding how much marijuana can be possessed in private (although there is a zero-tolerance policy for public possession).

In Catalonia, marijuana is entirely legal, and personal growth is allowed (as long as others can’t see the plants from the street or neighbor’s balconies). You can grow up to five plants for personal use in a privately-owned space. Catalonia also has “cannabis clubs” available for Spanish citizens to buy marijuana (sorry, tourists aren’t legally allowed yet).

In the Netherlands, marijuana has been sold in coffee shops for decades. These are the only places that it’s legally bought and sold, and many districts don’t license their coffee shops to sell. Recreational marijuana is legal but somewhat limited, and growing is limited to personal use only.

If you set up a cannabis grow tent in the Netherlands, you must grow no more than five plants and carry no more than five grams. You will get in trouble if you grow professionally or have anything more than a simple setup (grow tents work well for this because they are so discreet).

The major drawback of growing cannabis in the Netherlands is that you genuinely have to keep it on the down-low (even though it’s technically legal). If a neighbor reports you for any disturbance, you won’t be prosecuted federally, but you will have to give up your plants and growing system.

Although recreational marijuana is not technically legal in Belgium, the home growth of one cannabis plant is unpunishable by law. Marijuana seeds are permitted to buy so that you can start a tiny home growth. If you don’t grow more than one female plant and don’t carry more than three grams, you will not be fined or prosecuted.

Growing marijuana in the Czech Republic is technically illegal. The laws are so decriminalized, however, that many still grow multiple home plants. If you grow less than five plants or possess up to ten grams, you will only be fine (and have to give up your plants). However, it becomes a criminal offense at higher rates than five plants, or cannabis is not for your personal use.

In Cypress, you can grow medical marijuana at home, but strict rules are imposed on how much you can harvest. Austria allows home growth, but only if it’s less than 0.3% THC and not for harvesting (meaning that you basically can only grow cannabis for decoration). These laws are odd but worth mentioning if you are considering growing in either of these countries.

Countries Where Medical Marijuana is Legal

While Spain and The Netherlands are the only countries that recreational marijuana is legal, there are still quite a few countries that allow medical marijuana to some extent. As always, it’s essential to research the laws in individual countries because some are much more strict than others. These countries allow limited medical cannabis:

Countries Where Marijuana is Illegal

In the rest of Europe, any kind of marijuana is illegal, and possession could result in a fine or worse. While some of these countries have decriminalized weed to the point of a small fine or confiscation, many haven’t. Either way, it’s still illegal in all of these European countries:

If you are in Europe and considering growing a personal marijuana plant in a cannabis grow tent, make sure you know what your country and state laws are before you start. Spain and The Netherlands are the friendliest countries towards home growth, but laws and prosecution rules change constantly. 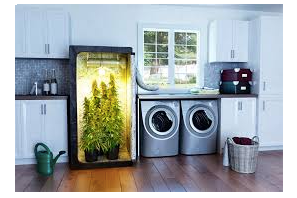