The legalization of recreational cannabis was discussed again in Luxembourg

Unfortunately, the chances that the legalization of cannabis for adult use happen soon in the European country seem to fade away as time passes, according reported International Cannabis Chronicle.

Recently, the attorney general’s office is pronounced about concerns about “ contradictions, unequal treatment, lack of clarity, carelessness, serious logic errors, or even the gateway to abuse ”, that would provoke the recreational use of the grass.

However, Justice Minister Sam Tanson again defended the government’s decision to regulate recreational cannabis use, noting that it was already included in the ruling coalition program before the last national elections in 2018, according to RTL Today.

It should be noted that the initiative was a coalition agreement between the Democratic Party ( DP ), which unites the liberals with the Luxembourg Socialist Workers Party ( LSAP ) and the Green Party ( déi Gréng ).

Regulation instead of legalizing

Because the government would not want to allow the use of cannabis in public spaces, Tanson said they now prefer to talk about “ regulation ” instead of “ legalization. ”

Meanwhile, the current proposal would decriminalize cannabis, allowing registered adult citizens possess up to 3 grams and grow up to four plants of marijuana. 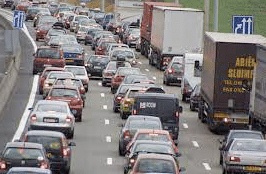