With several states contemplating legalization of recreational marijuana, and federal lawmakers starting the process of federal descheduling, it is a good time to examine the tax implications of legalization. Taxes play a crucial role in the success of marijuana reform, as competitive prices in a licensed market are key to convert illicit consumption to the legal market.

Marijuana legalization has been gaining momentum at the state level in recent years, partially because of the prospect of new tax revenue. In 2021 alone, four states (Connecticut, New Mexico, New York, and Virginia) have passed bills to legalize. Thus far, 19 states’ voters or legislatures have passed legislation to offer licenses to sell recreational marijuana as well as impose excise taxes. Most of those states also apply their general sales tax to cannabis sales, and some allow localities to levy additional taxes.

While it is still a relatively new market (Colorado was the first state to legalize cannabis in 2012), excise tax revenue figures to date can help lawmakers get a sense of the revenue potential at different rates and contribute to the development of sound marijuana tax policy.

The following table shows the states that levy excise taxes on marijuana. It includes the tax design, final revenue in fiscal year (FY) 2020 and estimated revenue for FY 2021, and revenue per capita generated in the same fiscal years. In total, states with licensed markets collected $1.7 billion in FY 2020 from state-level excise taxes.

Note that these numbers do not include sales tax or local tax revenue from marijuana transactions.

In FY 2020, California led the way with the highest marijuana excise tax revenue of $526 million, followed closely by Washington and Colorado, which collected $469 million and $307 million, respectively. While not all data is yet available, those three states are also expected to have generated the largest revenue in FY 2021.

Both Washington and Colorado have ad valorem excise tax designs for marijuana, meaning the tax is based on the value of marijuana. Washington has a 37 percent tax rate on the retail value of marijuana while Colorado levies a 15 percent tax on both wholesale and retail. An ad valorem tax is contrasted with a specific tax, which is based on a per-unit basis. California’s marijuana tax design is mixed, combining an ad valorem tax and specific taxes. It has a 15 percent tax on marijuana retail value and taxes flowers at $9.65 per ounce, leaves at $2.87 per ounce, and fresh plants at $1.35 per ounce. 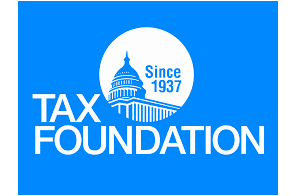