The creator of “The Walking Dead” has won a legal battle to block a cannabis-themed comic strip titled “The Toking Dead.”

AMC waged war with the creators of “Toking Dead” — about friends who open a marijuana dispensary, and when everyone mutates into zombies, weed saves humanity — from registering the name as a trademark. 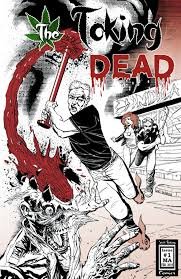 Like the zombies in both stories (except the stoned “Toking Dead” zombies seem to be having more fun), the dispute looked like it would never die.

“Walking Dead” creator Robert Kirkman  has won  a ruling at the Trademark Trial and Appeal Board, Law360 has reported.