Things to Know about CBD Hash

CBD hash is a concentrated version of CBD, derived from the cannabis plant’s non-psychoactive chemical component.

You might be familiar with cannabis hash and have definitely heard of CBD. However, you may not be aware that CBD hash is available for purchase. When most people think of CBD products, they think of oil, with the possibility of capsules, edibles, candies, gummies, or topical treatments as alternatives. Hash is also accessible, but it is less popular, which means many people are unfamiliar with it.

CBD, also known as cannabidiol, is one of the most prevalent active ingredients of cannabis. Although CBD is an essential component of medical marijuana, it is directly derived from the hemp plant, which is quite similar to the marijuana plant. Therefore, CBD is a significant component of marijuana, but it does not cause a high as confirmed in a report from the World Health Organization (WHO).

What is CBD Hash?

How to Make CBD Hash

A CBD hash is usually produced by distilling cannabis plants that contain high quantities of CBD and low amounts of THC. Then, by wiping the crystals off the buds and compressing them, you may create your own CBD hash.

The majority of hash production is a bit more complex than that. First, take the same CBD-rich elements, like the buds and pollen, and combine them differently. Then, it is usually crushed using big sieves or cold water to extract the juice. Usually, the hash is produced without any additives, allowing it to remain completely natural.

Here are two methods to make your own CBD hash.

Place the frozen materials on a dry sift screen with a catch container beneath, and start breaking them up and distributing them evenly over the screen. Dry sifting is a time-consuming procedure with a poor return on investment. However, the final result should be of superior quality.

A micron bag is required for this technique (consider a coffee filter for cannabis hash). In the bag, combine the frozen plant material with approximately 40% dry ice. As dry ice is about five times colder than regular ice, the combination of the low temperature and the friction created by shaking the bag will force the trichomes to break off and fall into the catch container.

Knowing when to stop shaking the bag is more an art than a science, but the longer you shake the bag, the more probable it will include elements other than trichomes.

It is important to remember that since CBD hash is a concentrated substance, it will be much more potent than other types of CBD. So you will need to use very little to get the desired results.

This is why you should always start by using a modest amount of hash and gradually increasing the quantity you utilize. If you do not, you may find yourself completely overwhelmed. When smoking or vaping a second time, it is best to wait at least a few minutes between every session, if not hours.

How to Smoke CBD Hash

Smoking is one of the most common methods of consuming CBD hash. However, keep in mind that if you want to smoke CBD hash, you will need much less than if you intend to consume CBD buds.

Most people will begin consuming hash by rolling it into a joint, which is a standard method of consumption. If you want to utilize it, use a heat source below a tiny amount of the hash. Then you should take a few tiny puffs of tobacco. Try not to burn the hash as you smoke because this will result in the hash being wasted.

How to Vape CBD Hash

If you want to vape your CBD hash, you must purchase an e-cigarette or a vaporizer. Choosing an excellent hash is always essential, but it is much more important to use a vaporizer. Since low-quality hash may include impurities that may cause harm to your vaporizer, it is important to be cautious while purchasing it.

Also, keep in mind that the heat will make your hash sticky. Degummed hemp pads are an excellent choice for protecting your vaporizer in this situation. Because a concentrate pad or a liquid pad will make the hash excessively sticky, it will spoil the experience.

Pollen CBD hash, which is powdery rather than sticky, is recommended for vaporizers to reduce damage. The powdered hash will also enable you to break it up more evenly, resulting in a smooth and even vape.

Prepare your hash by finely chopping it up for vaping. Make sure that you chop it rather than fluff it. In case you fluff your hash by lightly burning it, this will cause part of the CBD content to be released too early, resulting in you having less CBD to inhale.

Can You Incorporate CBD Hash into Topicals?

You can also use CBD hash in topical formulations. The hash will most likely already be mixed in by the manufacturer. For those who want a specific carrier substance, you may even create your own.

Another everyday use for CBD hash is to use it in cooking. Decarboxylation should be done before cooking if you want to use it in a dish. Heating it to between 110 and 116 degrees Celsius for about an hour is required for this.

Also, you should be prepared to make a few attempts to get the dosage right, although this should get easier with experience. When preparing ingredients and cooking, it is important to be exact with your measurements. Make sure that the hash is distributed evenly throughout your dish.

When cooking with hash, keep in mind that the kind of food directly impacts how long it takes for you to experience the benefits of CBD. The longer it takes your body to digest the food, the longer it will take for you to see the impacts of CBD on your health.

As previously said, the dosage while cooking with hash is notably challenging to get right. In addition, different meals require different amounts of CBD hash. For example, lighter meals need lower doses of CBD hash than heavier foods because heavy foods take longer to metabolize and thus require higher amounts of CBD.

Can You Purchase CBD Hash Legally?

CBD hash will be legal everywhere cannabis is permitted. Additionally, according to current laws, it will be allowed in certain circumstances at the federal level, at least in the United States. As per the 2018 Farm Bill, if the hash is produced from hemp rather than cannabis and has less than 0.3 percent THC, it is legal. If you wish to take advantage of this legality, you need to be very careful about the content and source of your hash.

CBD hash is a concentrated version of cannabidiol (CBD). It is a chemical component found in the cannabis plant that is not psychoactive. You may smoke hash in a joint, vape it, or use it in a recipe to cook with. You may also buy topical treatments that already include CBD hash as an ingredient.

CBD has been claimed as a beneficial treatment substance for some health issues. However, the most substantial evidence of its effectiveness is in treating epilepsy syndrome. Dravet syndrome and Lennox-Gastaut syndrome (LGS) are epileptic disorders that can be cured with CBD. Unfortunately, these syndromes do not respond to anti-seizure medications, but CBD is reportedly helpful. CBD can also reduce seizures and, in some cases, even completely stop them, according to many studies. The great news is the Food and Drug Association (FDA) has approved Epidolex, which is the first-ever cannabis-derived CBD-based medicine for the conditions mentioned above.

There are quite a few drawbacks of CBD. Nausea, irritability, and fatigue are the most common symptoms. CBD can also increase the blood thinner coumadin in your blood. It can increase the levels of other medications as well (a similar effect to grapefruit juice). Another significant concern is that CBD is sold in the market as a supplement and not a medication. The Food and Drug Association (FDA) does not regulate the purity and safety of dietary supplements, so some CBD products might contain unknown elements.

Because of their natural condition and unique taste, CBD hemp flowers are becoming more popular. As a result, CBD hash will very definitely be in great demand as well. It is conceivable that it will become the next big CBD product in this young but fast-expanding industry. 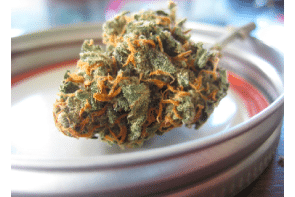