Regular readers will know that earlier in the year the TGA had issued a couple of smaller fines and were threatening more robust enforcement. We’d suggest having a new federal government in play has meant that the TGA can now feel more confident in enforcement actions against a range of companies who in the past may have had a few political buffers to help them skirt some aspects of regulation.

Were glad to see that enforcemnt is now being applied equally.

Medicinal cannabis companies that falsely claimed their prescription products could treat serious conditions, such as cancer and epilepsy, have received a collective fine of almost $1m by Australia’s drugs regulator.

In Australia, promoting prescription medicines to the general public is illegal in order to protect consumers against misleading or false claims and to better ensure medical advice only comes from health professionals who have seen the patient and know their history.

The TGA alleges the companies unlawfully promoted prescription-only medicinal cannabis products, including references on their websites that the products can treat serious diseases or conditions including cancer and epilepsy.

“Further, some advertising allegedly suggested or implied that particular medicinal cannabis products were recommended or approved by a government authority,” the TGA said in a statement.

for the alleged unlawful advertising of medicinal cannabis products on their websites and social media platforms.

The companies allegedly promoted the use of prescription-only medicinal cannabis products, including in certain cases their own named products, that are unapproved medicines (i.e. not entered on the Australian Register of Therapeutic Goods).

It is also alleged that the unlawful advertising included unapproved references to the treatment of serious diseases or conditions, including in some cases cancer and epilepsy. Further, some advertising allegedly suggested or implied that particular medicinal cannabis products were recommended or approved by a government authority.

If you suspect non-compliance in relation to therapeutic goods, you can report illegal or questionable practices online to the TGA. The TGA encourages the reporting of suspected non-compliant advertising.

Shares in the Perth, Australia-based medicinal cannabis company were down 6.9% to 0.84 pence each in London on Wednesday around midday.

MGC said that a delegate of the secretary of the Australian Government Department of Health & Aged Care on Tuesday advised the company of a decision to issue 23 infringement notices totalling AUD306,960.

The fine is based on the belief that MGC had contravened therapeutic goods advertising laws in its promotion of medicinal cannabis products on its website and its social media platforms.

MGC said it has fully cooperated with Australia’s Therapeutic Goods Administration to remedy the issues raise. This includes the removal of all posts of concern from its social media channels, some of which were third-party posts, and placing the company’s website into maintenance, it noted. 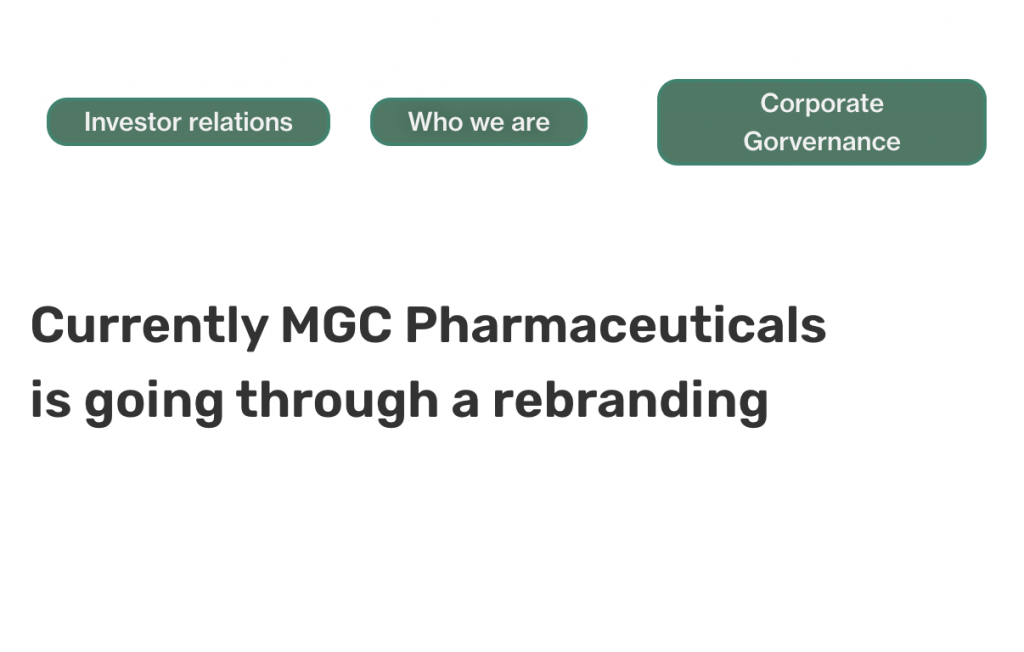 The company added that the website will be live again in November following a rebranding, with new internal guidelines implement to prevent a repeat.