Pity most of the cash can’t be spent on the Sonoran Toads who by becoming adopted into the homo sapien monetary value system will undoubtedly become extinct, as history repeatedly tells us.

GH Research, a Dublin-based biotech company just closed on a Series B funding round worth a cool $125 million. They’re betting on 5-MeO-DMT, aka toad venom, to treat depression. 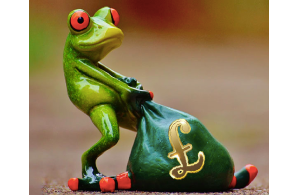