These unfortunate illnesses and deaths are yet another terrible, and largely avoidable, consequence of failed prohibition policies. Current federal laws interfere with research, prevent federal regulatory agencies from establishing safety guidelines, discourage states from regulating cannabis, and make it more difficult for state-legal cannabis businesses to displace the illicit market. These policies are directly bolstering the markets for untested and potentially dangerous illicit products.

It is now the responsibility of Congress to end prohibition and regulate cannabis without delay. By removing cannabis from the schedule of controlled substances and instituting a clear regulatory framework through existing agencies, the federal government can provide helpful guidance to states that have or wish to establish regulated cannabis control systems while helping put irresponsible illicit market producers out of business for good.

Amazon has quietly removed several products that buyers could use to make counterfeit marijuana vaping devices — the same ones which, along with nicotine vapes, have been tied to hundreds of injuries and at least six deaths reported nationwide this year.

The products pulled from Amazon mimicked marijuana products that are sold legally in the several U.S. states that have approved recreational cannabis. They range from packaging materials for the Exotic Carts brand of marijuana oil cartridges to bulk “California compliant” stickers indicating the object to which the labels are affixed is legal under the state’s marijuana law.

However, anyone could purchase these and other materials from Amazon’s website, filled with any vaping fluid and sold on the black market, where sales of illicit marijuana vaping products have flourished recently.

The Dark Truth Behind The Recent Outbreak Of Vaping Related Illnesses

According to the Centers for Disease Control and Prevention (CDC), as many as 450 different people have contracted illnesses due to vaping products. At least four people have died. These cases involve common symptoms of fever, shortness of breath, coughing, nausea, and diarrhea, among others, reports a preliminary paper published in the New England Journal of Medicine. Most striking, the paper reports 84% of patients hospitalized by vaping-related illnesses admitted what they were vaping included THC, the psychoactive cannabinoid in marijuana.

The Dark Truth Behind The Recent Outbreak Of Vaping Related Illnesses 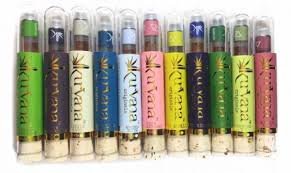