Ever since several states and countries have eased out their regulations when it comes to the use and sale of various cannabis products, both for medicinal and recreational purposes, the demand for these products has been on the rise. What added to the popularity of these products is the endorsement that cannabis products get from renowned personalities, including sports stars. This article lists down some of the top sports stars who support the responsible use of cannabis.

Nickolas Robert Diaz is an American mixed martial arts (MMA) fighter who holds various records under his belt, including championship belts from Ultimate Fighting Championship (UFC), as well as World Extreme Cagefighting (WEC). He has 26 wins out of 37 matches, with 13 of those wins by knockout. During his interviews, he often brings up the pain relief benefits of cannabis, which he often uses after his matches.

Nathan Donald Diaz is the younger brother of Nick Diaz, and like his brother, he is also an MMA fighter with several wins. Out of 32 matches, he garnered 20 wins, with five of those by knockout and 11 by submission. He is one of the first sports stars who publicly acknowledged that he uses cannabis products because of the numerous benefits that he gets from it. He even vaped cannabidiol (CBD) in one of his press conferences. If you are like Nate Diaz who prefers to inhale cannabis and use a freeze pipe for a smooth dabbing experience, then you should go for a Nectar collector which will be perfect for you. Unlike the other methods of consumption, you will be able to feel the effects of cannabis immediately if you inhale it.

Gina Marie Mazany is one of the women MMA fighters who openly talk about cannabis products and how these help her recover after a grueling fight in the ring. Throughout her career, she already had 11 matches, with seven of those being wins either by knockout, submission, or decision. She also holds the Alaska Fight Championship Women’s Bantamweight Champion.

Dominic Day was born and raised in the United Kingdom and he started playing rugby in his early teen years. He became a member of the Melbourne Rebels, an Australian professional rugby team that is based in Melbourne in 2017 but now, he is already a player for Saracens, a professional rugby union club based in London, England. Because rugby is an extremely physical sport, you will often hear Dominic Day praising cannabis because of its ability to help him recover after a game, as well as how it helped him in recovering from a knee injury and operation.

George Edward John Kruis is Dominic Day’s teammate in Saracens. He helped the team win the European Champions Cup in 2016, 2017, and 2019. Like with Dominic Day, George Kruis also advocates the use of cannabis as part of his regular training and recovery regime. Only recently, he transferred to Panasonic Wild Knights, a Japanese rugby union team based in Ota City.

Terrell Lamar Davis played for the Denver Broncos of the National Football League (NFL) from 1995 to 2001. He retired during the preseason of 2002 and was elected into the Pro Football Hall of Fame in 2017. He is also one of the only three Broncos named league MVP and one of only six players ever to rush more than a thousand yards in the postseason. He openly acknowledges the pain relief properties of cannabis because he benefits from it.

David Ahrens is another American football player who advocates for the pain-relieving properties of cannabis. It helps him cope with the adversities that he now experiences after retiring from football. During his career, he sustained several kinds of injuries, having to deal with the effects of some of these injuries until after his retirement. He even suffered a broken leg when he played for the Seattle Seahawks against the Denver Broncos.

Robert James Gronkowski, or more popularly known as Gronk, is often described as an NFL supernova because of his versatility in having the skills of a wide receiver, as well as the blocking skills of an offensive lineman. Because of this, he is regarded as one of football’s finest players, setting several NFL records. It was in August of 2019 when he credited CBD oil for freeing him from pain after a decade of consistently living with it. From then on, he already openly advocated for sports governing bodies to permit different players to use CBD oil for pain management purposes.

Charley Hoffman is another American golfer who publicly advocates the use of cannabis to calm one’s nerves before playing sports like golf. Because he supported the use of cannabis, several other golfers have been encouraged to try it out for themselves. His most recent win is the 2016 Valero Texas Open but he also won the 2014 OHL Classic at Mayakoba. He is also one of the winners of the 2017 Presidents Cup. 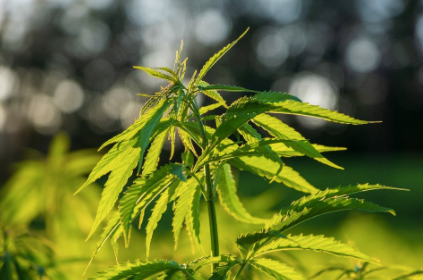 Cannabis products are known to have various health benefits, which is why more and more people are delving into their use. This is also the reason why even celebrities and top sports stars such as those listed above support the responsible use of these products. Rest assured that when you adhere to the proper dosage recommended for you, you too will be able to reap the health benefits that cannabis products can give you. 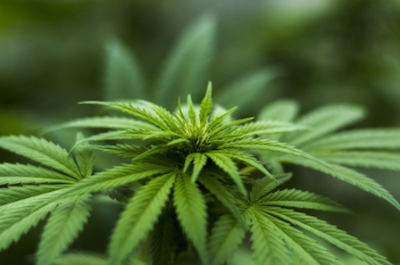