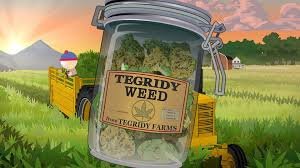 A great piece in Westword about Trinidad CO’s cannabis retail sector, 25 dispensaries for a population of only 12,500 odd, has generated a large enough tax revenue to help support other small businesses in town during COVID-19.  It all sounds like a plot from our favorite fictional CO hamlet, South Park.

Trinidad ‘s economic development coordinator certainly has a name that wouldn’t be out of place in the show! 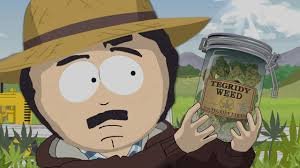 Trinidad economic development coordinator Wally Wallace says that one-third of local marijuana tax revenue is set aside for a “rainy-day fund,” which has been flush over the past several years. After COVID-19 spread across Colorado, Trinidad staffers feared that a drop in tax revenue during the first quarter of 2020 was inevitable — but Trinidad dispensaries broke a sales record during that period, putting $853,000 in tax revenue at the city’s disposal right after statewide stay-at-home orders were implemented.

“We’ve been setting aside money for that rainy-day fund for a while, which has been fantastic. When COVID-19 came in, we were trying to figure out how to react and help our local businesses while the federal and state governments were still trying to do the same,” Wallace says. “We understand this pandemic is still going on, and we still might see some drastic changes. People maybe were panic-buying early on, but that being said, we’re still shocked about the lines outside of dispensaries right now.”

Over 130 local businesses have received funding from the COVID-19 relief project, Wallace adds, while residents struggling to pay the bills can apply for a $250 stipend for water and electricity payments. 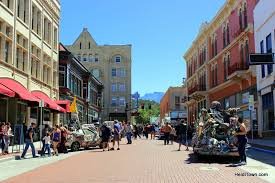 “We don’t want people to think we’re rolling in the dough and not struggling with this. A lot of this is unpredictable, and we don’t know where it’s going to land. But so far, the money we’ve held through marijuana tax revenue has shown it’s not as bad as we had initially thought,” Wallace says, though he admits that he and his colleagues aren’t sure what 2020’s second quarter will show.

Interim city manager Mike Valentine — who has worked in various roles for Trinidad over three decades — says that they won’t know how much additional support marijuana taxes might continue to provide in 2020 until the end of June, when new sales figures come in. “With marijuana sales and everything else opening up, I think we’re going to be all right. I say that with hope in my speech, though,” he explains.