The Loop reports…..Cannabis advocacy group, the Caribbean Collective for Justice (CCJ), is calling for a meeting with President Paula Mae-Weekes in an effort to persuade government to issue health licenses for cannabis medication.

Speaking to LoopTT, CCJ founder, Nazma Muller, said that there are cancer patients who are suffering and dying and need help now.

The group previously submitted a petition with over 12,000 signatures to government, calling for the decriminalisation of marijuana for medical and personal use.

Government has since held several consultations this year, however, the group said while this process is ongoing, people are suffering and dying from health issues which could be alleviated or treated with cannabis medication.

She said while the legislative process is underway, special licenses can be issued in the interim to allow patients to access these medical products.

“I am imploring the President to intervene and ask the Minister of Health to issue licences to allow me to supply them with life-saving medicine.”

“This is already permitted by law, according to a clause in the Dangerous Drugs Act. As an accomplished lawyer, the President can use her immense powers to help these citizens. I would like to meet with Her Excellency as soon as possible to discuss how we can be of service to our fellow citizens in their time of need.”

“There are people who cannot wait and they need the treatment now, so I am begging the President to intervene. Please give us permission to bring in these medical products,” she said.

“One man I spoke to has stage four cancer, he’s in pampers and cannot walk. He’s been prescribed steroids so this has led to weight gain which has exacerbated his situation. He’s in a lot of pain,” she said.

She said the cannabis medicines are certified and approved products which are already being used in Jamaica and other countries where medical cannabis has been legalised. 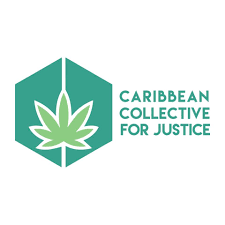