The U.S. Department of Agriculture (USDA) began sending out thousands of surveys to hemp farmers across the country on Thursday as part of its annual effort to learn about how the market has evolved since the crop was federally legalized under the 2018 Farm Bill.

The Hemp Production, Disposition and Income Survey is now in the mail. The survey collects information on the acreage, yield, production, price, and value of #hemp in the United States. Respond online at https://t.co/MvrGnUXzN1 #AgStats #agriculture pic.twitter.com/9t5xcPaBZD 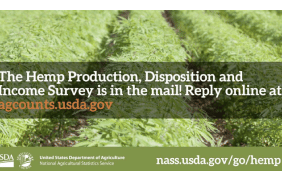