Last month, the U.S. Supreme Court denied review of a case out of Colorado dealing with a medical marijuana dispensary’s challenge to a tax code provision. After denying review, Justice Thomas—one of the Court’s most conservative members and one not known for offering unsolicited political or legal opinions—issued a statement indicating that, with an increasing number of states legalizing marijuana, “a prohibition on intrastate use or cultivation of marijuana may no longer be necessary or proper to support the Federal Government’s piecemeal approach.” He then went even further, describing the Colorado case that the Court declined to hear as a prime example of the fact that marijuana businesses do not experience “equal treatment” under the law.

For almost two decades now, the Court has upheld and relied on its 2004 decision in Gonzales v. Raich, in which it held that Congress’ power to regulate interstate commerce authorized it “to prohibit the local cultivation and use of marijuana.” Interestingly, for those of certain legal history mindset, Gonzales itself had relied upon the famous WWII-era case Wickard v. Filburn (1941) which extended Congress’ ability to regulate interstate commerce to a farmer’s decision whether or not to grow wheat on his farm. Suffice it to say, both Gonzales and Wickard suggest a very broad reading of “interstate commerce” which allows Congress to regulate … well, nearly anything.

In Gonzales, the Court reasoned that Congress “enacted comprehensive legislation to regulate the interstate market in a fungible commodity” and that any exemption for local use could undermine this “comprehensive” regime. In doing so, the Court focused on Congress’ decision to “prohibit entirely the possession or use of marijuana” and had “designate[d] marijuana as contraband for any purpose.” As a result, prohibiting intrastate use was, according to the Court, “‘necessary and proper’” to avoid a “gaping hole” in Congress’ regulatory scheme. Thus, Congress’ power to regulate interstate commerce appeared to reach, per Gonzales, even wholly intrastate acts. It’s hard to imagine a broader mandate than the power to regulate either interstate or intrastate acts.

Fast-forward to 2021. Justice Thomas now acknowledges that since Gonzales, Congress has sent mixed signals concerning enforcement of its previously comprehensive federal prohibition. The Department of Justice has repeatedly issued memos changing its policies regarding federal enforcement against state-legal cannabis. In just the last year, five more states—comprising 43 million people (NY, NM, VA, NJ, CT)—have passed adult-use recreational marijuana laws. There are now 36 states with medical marijuana laws, and half of them also allow recreational adult use. Support for complete legalization of cannabis continues to poll at above 65%. Given this, Justice Thomas is right: “one can certainly understand why an ordinary person might think that the Federal Government has retreated from its once-absolute ban on [the cultivation and use of] marijuana.”

Justice Thomas summed up the federal government’s confused approach to state-legal cannabis well when he said, “the Federal Government’s current approach is a half-in, half-out regime that simultaneously tolerates and forbids local use of marijuana. This contradictory and unstable state of affairs strains basic principles of federalism and conceals traps for the unwary.”

A sitting US Supreme Court Justice questioning whether or not federal marijuana laws are even necessary is a welcome, albeit surprising, development. Interestingly, for those reading the tea leaves, none of the other Justices added their name to Justice Thomas’s statement. That said, the route to national legalization very likely does not go through the Supreme Court – it goes through the states, and eventually, the Congress.

But in the current environment, as state after state passes legalization laws by referenda and legislative acts, and a massive and heavily-regulated industry grows exponentially, the Court cannot turn a blind eye to the increasingly incoherent policies of the federal government: complete prohibition, but with “enforcement guidance” that ignores the Controlled Substances Act when convenient. This is a recipe for ad hoc enforcement and disrespects existing federal law.

While Justice Thomas’s views on either legalization generally, or the current “contradictory and unstable” state of affairs under federal and state law specifically, do not have the force of law, it is certainly telling that an often tight-lipped Justice spoke out on this issue. It’s yet another indicator—along with the rapid expansion in the number of states legalizing, consistent public polling, and the investment community’s increasing interest in this industry—that the tide may finally soon turn with respect to federal marijuana policy. As one example, it appears likely that soon the U.S. Senators representing states that have legalized adult-use recreational marijuana will constitute a majority of that chamber. Anyone interested in these matters should keep a close watch on developments at the federal level in the coming months. We certainly will. 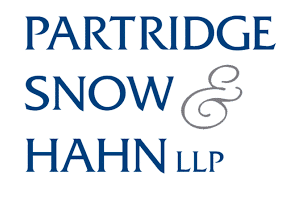