Foreign and private companies have joined the shove to grow and export marijuana in Uganda, even before the authorities in government complete consultations on the medical and financial benefits of cannabis.

The Narcotic Drugs and Psychotropic Substances Act 2015 that was passed by Parliament, has triggered a gold rush among prospective local and foreign marijuana entrepreneurs, who are keen to invest in the medical marijuana industry.

Even when the authorities are still grappling with the idea of how to regulate the growing of medical marijuana, Daily Monitor understands that the number of people and private companies seeking to grow and export weed for medical purposes has increased from 20 in April to 50 in July.

The government is also under pressure from the various marijuana dealers to explain why they allowed Industrial Hemp (U) Ltd, a private company working with another Israeli-based cannabis firm to grow marijuana in Kasese and “frustrated” others through “delaying tactics”.

Health minister Jane Ruth Aceng has for more than three months been ambivalent on how to proceed on a matter.

When contacted to explain the status of the government consultations, Dr Aceng yesterday asked Daily Monitor to leave her alone.

The minister vowed not to comment about ‘marijuana things’ anymore and without divulging details, confirmed writing to all the competing companies.

“I’m tired of responding to the issue of marijuana, please leave me. I am tired. I don’t know what else you people want me to tell you that I have not already told you… .Forgive me [but] I am tired and am not going to discuss that subject anymore. Go to the companies [and] ask them to give you the minister’s response and I responded to nearly 50 of them,” Dr Aceng said.

In view of continuous calls from ganja planters wanting to know the fate of their applications and those seeking information about marijuana business, sources said Dr Aceng on July 3 wrote to all the 50 marijuana companies and alleged that Uganda had not yet started issuing operational permits for companies to grow and process marijuana for medical purposes.

Although the minister told companies that government had not yet started issuing marijuana permits, in April this year, Daily Monitor broke a story with details on how Uganda on December 7, 2017, exported unrefined cannabis buds/ flowers to South Africa’s National Analytical Forensic Services in Pretoria.

Industrial Hemp (U) Ltd, a private firm working with an Israel company, Together Pharma Ltd, is currently growing and processing marijuana from its Kasese facility. The company was given the licence in 2016.

The company is also in the process of exporting marijuana, Cannabinol (CBD) and Tetrahydrocannabinol (THC) with mixture of 2.7mg THC and 2.5mg CBD for Sativex drugs approved in USA, Europe and Canada. Oil Risin contain Dronabinol for making Marinol and syndros capsules and CBD enriched creams for various skin disorders.

In one of the letters to marijuana firms applying to grow and process cannabis for medical purposes in Uganda, Dr Aceng wrote: “The government of Uganda through the Ministry of Health is still in early stages of carrying out wide consultations on this nascent area to understand the economic benefits of cannabis, its medical value based on scientifically proven evidence including the challenges of regulation so that we can formulate a way forward.”

She added: “In line with the above, we have not yet progressed to the stage of granting operational permits for entities to grow and process cannabis for medical export in Uganda. However, we welcome more information and input on the subject matter.”

Mr Edie Kwizera, the former Bufumbira legislator who described himself as “a strategic consultant” for a consortium of UK-based companies, seeking to grow and process marijuana in Uganda, yesterday accused Dr Aceng of frustrating investments and playing politics yet Section 11 (I) of The Narcotic Drugs and Psychotropic Substances Act 2015 mandates her to issue written consent.

“The minister could be dillydallying because she is a Born-Again Christian but the law allows growing and processing of marijuana for medical purposes,” Mr Kwizera said.

“Many investors are stuck, they are losing business because she has refused to act. Let the minister ask Parliament to repeal the law if she doesn’t want people to invest. She is hiding behind wide consultations on the matter yet the same government in 2016 licensed some companies to grow the same crop. These are double standards,” he said. 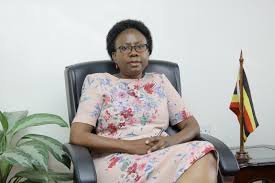