The pair, who wore balaclavas to shield their identity, offered £800 worth of the Class B drug in Piccadilly Gardens as they ‘questioned UK laws’ prohibiting the use of marijuana. The stunt earlier this month was organised by a man known only as ‘Outlaw’, an anti-Tory activist with over 11,400 followers on Instagram and who describes himself as ‘musician’ on his website. It came just as a cross-party group of MPs predicted cannabis would be free to use for anyone in just five years as they returned from a ‘fact-finding’ mission to Canada, where the drug is legal. Speaking anonymously, Outlaw said: ‘There’s no harm or loss to anyone because a few guys are handing out weed.

‘We question UK laws and legislation and like to test the authority. ‘Until somebody can convince us that there’s a legitimate reason for cannabis to be illegal, we’ll keep doing what we’re doing and keep pushing the barrier, regardless of the law.’ One of the two pot peddlers, however, was intercepted by police and arrested as they headed home. Asked if he had been arrested, Outlaw replied: ‘You can’t arrest a character with a made up name and no face. Outlaw’s lawyers are right on top of the game.’ He added the Piccadilly Gardens stunt was ‘literally just the start’ and that £800 was ‘nothing’. 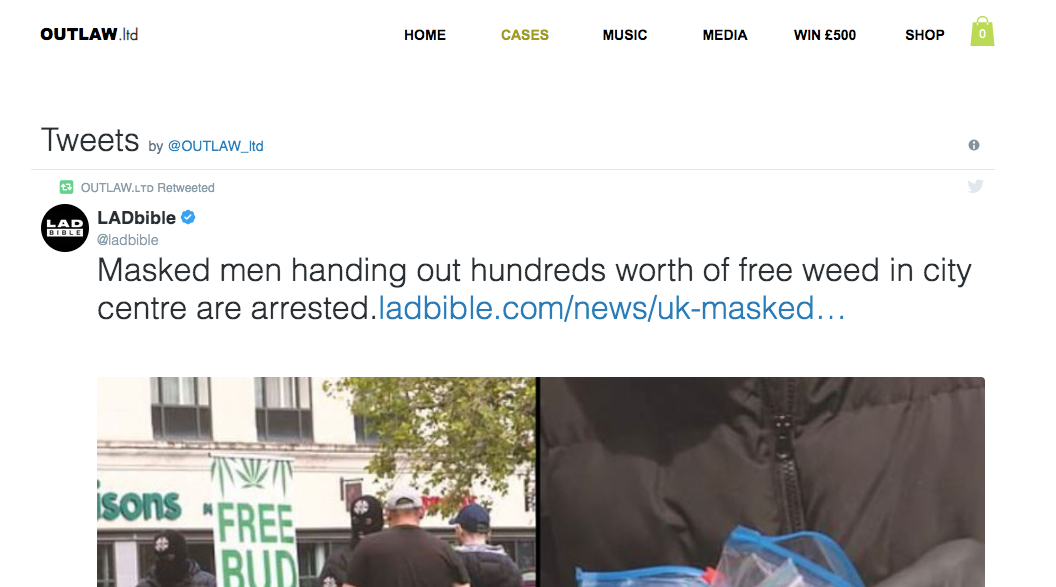 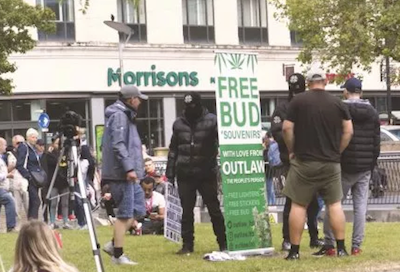