A cocaine courier has been jailed for more than four years after admitting his role in a lucrative Class A drugs ring.

Nathan Houghton was sentenced at Newcastle Crown Court on Thursday for helping a shady network to supply illicit drugs during the Coronavirus pandemic – when the world was in lockdown between March and July 2020.

Houghton was one of a group of 12 caught out by police during a surveillance operation which saw their encrypted messages infiltrated.

The activity saw numerous properties raided across Northumberland, Newcastle and Durham and police recovered three kilos of cocaine with a street value of £135,000, £260,000 of suspected criminal cash.

Following a comprehensive investigation, seven of the main players were jailed for a combined total of more than 40 years at the same court back in December.

And on yesterday (January 5) Houghton, 25, of Wakenshaw Drive, Newton Aycliffe, was sentenced to 49 months imprisonment after previously pleading guilty to being concerned in the supply of a Class A Drug.

Four further men are due to be sentenced later this year.

Speaking after the hearing, Detective Chief Inspector Marc Michael from the Force’s Crime department, said: “I am pleased that the court continues to recognise the harm this organised crime group poses to our communities through selling illegal, class A drugs.

“Houghton may not have been the main player in this operation but he was happy to be a part of it, delivering drugs and cash to various locations and being paid for this so-called work.

“He initially denied his involvement in police interview but then admitted his guilt in court and I am pleased he is now behind bars – like the rest of his associates.

“Drugs like cocaine have no place in our communities and anyone involved in its storage, supply or distribution will continue to be pursued under the banner of Operation Sentinel – our dedicated initiative to tackling Serious and Organised Crime.”

If you would like to report any suspicious behaviour, please visit the Northumbria Police website and use the ‘Tell Us Something’ page.

Those previously jailed are: 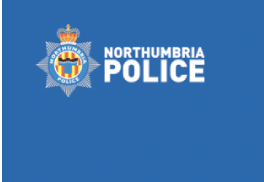