BD Testers reports …..John King, owner of Mushroom Headshop & CBD Hemp Botanicals in Preston found that out for himself when he received that dreaded knock at the door. When he opened it he was shocked to see police officers there who arrested him for selling CBDflowers.

King was arrested, taken to court, and prosecuted. He was then found guilty and given a criminal conviction for selling CBD flowers. As King warned in a Facebook post (which has since been deleted), “So there has been a conviction today in court. I was found guilty of possession of intent to supply class B drugs; the hemp flower is, in fact, illegal.” The fact that hemp is totally medicinal and offers no psychoactive effects seems to be irrelevant to the powers that be across the pond.

With that said, CBD is actually legal in the UK and is sold openly in different forms across the country. As King went on to explain, according to a report from UK Cannabis Social Clubs, “The only part of the hemp flower plant that is legal to use is the stem and the seeds, the flower bud is not legal in the UK.”

And it’s that small technicality that landed King in trouble with the long arm of the law. “Anyone who is selling hemp flower at this time or who have been raided, or charged or released pending further investigation, will be convicted for it. You do not have a defense, you have been selling class B drugs,” King said.

The case is more of a debacle than anything else, with many people accusing the court as being “Kangaroo.” The judge presiding, for example, claimed that Holland and Barrett, the largest health chain in the UK, don’t sell CBD tinctures even though they do. They have even advertised them in their storefronts and on TV commercials. “The judge was certain that Holland and Barrett don’t sell CBD – which is a lie,” King told reporters.

This conviction is bad news for many CBD flower vendors in the U.K. whose livelihoods rely on it. Especially as it’s sold openly and legally just in a different form. A recent study carried out by York University, which looked at the success of CBD flowers in Italy since they were legalized came back with some interesting findings. According to the study, large percentages of Italians across different parts of the country are using significantly less prescription medication in favor of CBD Flowers (known as Cannabis Lite there.)

A Senior Lecturer on addiction and mental health from the University of York, Ian Hamilton, also spoke to the publication about the results. “In some ways, it is surprising to see how popular these products have become,” he said. “However, it also points to the limitations that many traditional medicines have in their effectiveness and the side effects people experience.”

Hamilton added, “Many people will view cannabis products as natural and safer than pills and medicines generally. They might have been influenced into using cannabis products by the considerable media coverage there has been of the potential these products offer.”

The conviction of John King has sent shockwaves across the substantial CBD and cannabis communities of the U.K. The law when it comes to CBD is unclear, and even though widespread cannabis use is tolerated, it’s still illegal. There’s also almost no medical provision for medical Cannabis in the U.K. (although there are one or two products available through health practitioners.)

Many commentators have noted that it’s high time that the U.K. had an open an honest discussion about CBD, hemp, and cannabis, lest they fall badly behind when the rest of Europe moves towards legalization – likely long after Brexit has taken place. 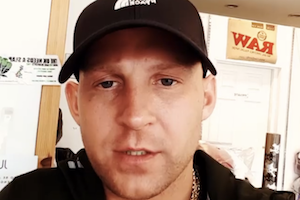