UK Guardian Report: The future is fungal: why the ‘megascience’ of mycology is on the rise

Very interesting piece in the Guardian-Here’s the introduction

The study of fungi has long been overshadowed by more glamorous scientific quests. But biologist Merlin Sheldrake is on a mission to change that

As a boy, Merlin Sheldrake really loved the autumn. In the garden of his parents’ house – he grew up a few moments from Hampstead Heath, which is where he and I are walking right now, on an overcast summer morning – the leaves would fall from a big chestnut tree, forming gentle drifts into which he liked nothing more than to hurl himself. Wriggling around until he was fully submerged, Sheldrake would lie there, quite content, “buried in the rustle, lost in curious smells”. As he writes in his wondrous new book, Entangled Life, these autumnal piles were both places to hide and worlds to explore.

But as the months passed, they shrank: reaching into them, trying to find out why, he would pull out matter that looked more like soil than leaves. What was going on? Turning to his father for an answer (he is the son of Rupert Sheldrake, the controversial science writer best known for proposing the concept of “morphic resonance”) was how he first came to learn about decomposition, and thus it is to these rotting leaves that we may trace his original interest in the “neglected megascience” of mycology – the study of fungi – even if neglect is a relative term. “In east Asia, fungi have been loved and revered for thousands of years,” he says. “In China, there are temples to the man who worked out how to cultivate shiitake mushrooms. But yes, in the west it has been neglected.”

There are, he thinks, two reasons for this. The first is straightforward: only recently have technologies been available that allow scientists fully to investigate the fungal world; to open up the hidden realms that lie beneath us, invisible to the eye. The second is historical. “There is an entrenched disciplinary bias,” he says. “Fungi weren’t seen as their own kingdom of life until the 60s. Mycologists were put in a corner of the plant sciences department, rather than in their own fungal sciences department. 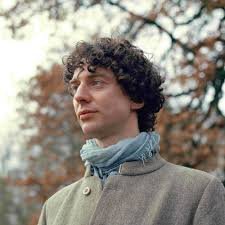