We thought for a second they might be marching to offer Boris Johnson some half decent weed because it has got to be better than the skunk he’s smoking at the moment ! But, no, Grizzle tell us, “A group of campaigners marched through Westminster this week to plead with the British government to make medical cannabis more widely available.”

Here’s the introduction to the Grizzle report..………A group of campaigners marched through Westminster this week to plead with the British government to make medical cannabis more widely available.

The UK legalized medical marijuana towards the end of 2018, but extremely stringent NHS guidelines prevent doctors from actually prescribing it. There have been a few exceptions, such as the case of Alfie Dingley, but the vast majority of parents have to pay through the nose for their sick children to receive the medication they need.

Karen Gray, a 44-year-old mother from Edinburgh, has spent £8,000 ($10,000) on importing medical cannabis from the Netherlands to ease the symptoms of her son’s myoclonic astatic epilepsy.

She headed to London to join a group of parents that have collectively spent £231,000 ($288,000) on cannabis for their children. They presented an invoice to the Department of Health, demand a reimbursement, and then marched to Downing Street to demand immediate action from the government regarding the availability of medical cannabis. 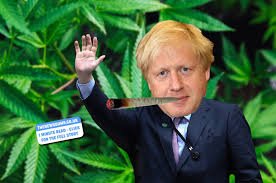