Norman Lamb has admitted to Radio 1’s Newsbeat he once sampled a bit of ‘wacky baccy’ while a student, he trickled a few drops of cannabis oil (which includes the psychoactive ingredient illegal in the UK) on his tongue, “purely for sleeping for relaxation” ahead of his flight home.

He explains: “I was really anxious because I had the hearing of the technology and science select committee the next day and I was travelling back overnight, and I just thought if I get back having had no sleep it will be a challenge.”

“I slept incredibly well,” he continues, though he insists he felt no ‘high’. “I took the drops and I slept very well on the plane home, I actually slept through breakfast.”

Norman rages that it is “ridiculous” he had to dispose of his oil “because to bring it back into the country would have been a criminal act”.

During the documentary, available on iPlayer now, David Lammy says he backs legalisation in the UK, which Norman has campaigned for, while Jonathan does not back legalisation but says he remains open to the idea. 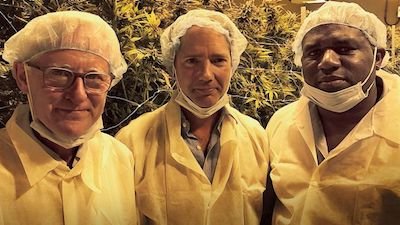