A dad has been locked up after he fractured his friend’s jaw during a bizarre row over magic mushrooms.

Ben Joseph Peary, 25, launched the attack on the victim while they were on Reeth Road in Richmond, North Yorkshire.

Dr Chris Wood, prosecuting, told Teesside Crown Court how Peary came across some mushrooms and said “this is the type of area where magical ones come from”.

He said that the other man replied by saying: “We have also found them in a field before”, to which the defendant said: “You think you know it because of one time”.

Dr Wood said: “The complainant tried to laugh it off and simply said ‘shut up’, thinking it was banter.

“It’s right the defendant became aggressive and said ‘I’ll knock you the f*** out’.”

Dr Wood told the court how Peary punched the victim in the jaw, causing him to fall to the floor.

He said the attack caused the other man immense pain but he managed to get up.

Dr Wood said: “He was spitting blood and bits of his teeth coming out.”

The victim visited Darlington Memorial Hospital before being taken to James Cook University Hospital in Middlesbrough.

The court in Middlesbrough heard how he suffered a double fracture to his jaw.

The man had to have two teeth removed and a titanium plate fitted with wiring to his jaw.

In one message he told him “Keep your f***ing gob shut and make on with your life.”

Another message read: “Imagine trying to get someone done when they’ve got a family.”

In a victim impact statement, read to the court by Dr Wood, the victim said that his jaw was wired for approximately six weeks.

He said it caused significant pain and discomfort and he was on a liquid diet which caused him to lose a significant amount of weight.

The victim said: “I now have restricted movement in my jaw.”

He said that he had since moved away from the town and suffers from recurring nightmares. 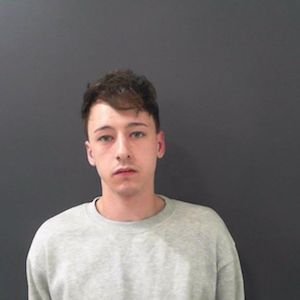