We’ve seen old Bingo halls and even a de-commissioned police station used as grow houses in the UK over the past couple of years but this is our first supermarket site ! A passer by told local press…“It’s a busy spot with a Tesco store directly opposite and the chippy is part of a parade of shops. I only popped out to the shops myself and didn’t expect to come across this.”

One resident told Hull Live: “The police have descended on the old Sainsburys Local on Bricknell Avenue and reportedly found it is being used as a cannabis factory.”

Another passer-by also came across the scene and was told it was being used to grow the drug.

He said: “There is an Operation Galaxy raid ongoing in Bricknell Avenue. Police have parked up and were inside the former Sainsbury’s store. I’ve been told they’ve been there since this morning.

“It looks like there is a smashed window in the flat above Bricknell Fisheries fish & chip shop next door. 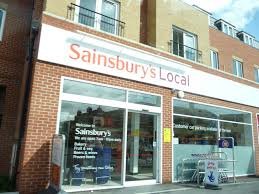