The parents of a severely epileptic young woman yesterday undertook a vigil outside 10 Downing Street and The Houses of Parliament. 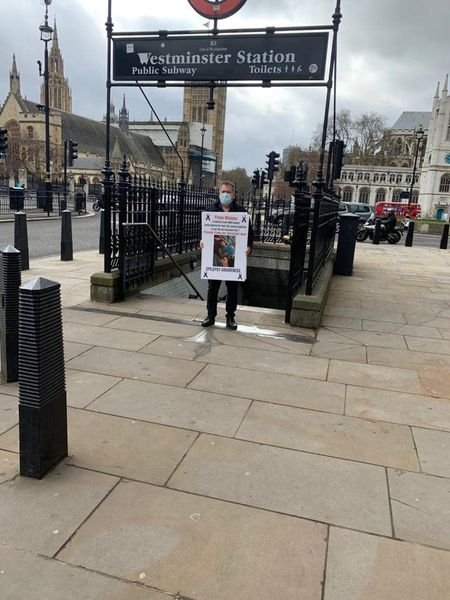 The move comes after they were told that the UK Government would not step in and help fund the private prescriptions for medical cannabis which they have been forced to resort to due to an almost total refusal of the NHS to prescribe.

The private prescriptions cost many thousands of pounds. The feeling of abandonment and desperation has been further heightened by the fact that 3 children in the UK have been granted NHS Prescriptions suggesting that the health authorities can find a way of prescribing this legal drug if they have the will. 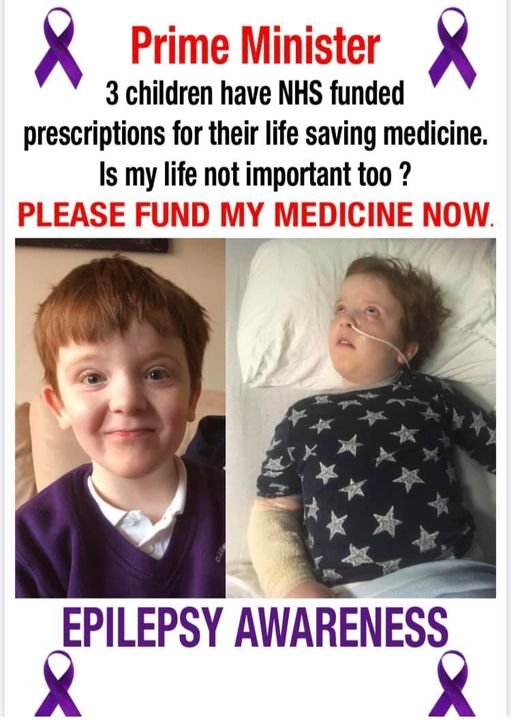 Campaigners have been urging Matt Hancock since January 2019 to step in and fund the private prescriptions as an interim measure until the NHS starts to prescribe.

Despite detailed arguments explaining that it is legally and procedurally possible for the Government/NHS to step in and fund the private prescriptions, including an opinion from a QC, the Government wrote to the co-chairs of the All- Party Parliamentary Group (APPG) on Access to Medical Cannabis Under Prescription stating that they would not step in.

Joanne Griffiths, the mother of a severely epileptic son and spokeswoman for the mothers said,

‘We have been passed from pillar to post for nearly two years now since the law was changed in November 2018 to allow medical cannabis to be prescribed. The situation is a complete mess.

The Secretary of State, the NHS and the leading doctors are all standing by and watching us have to fundraise thousands of pounds to secure access to the only medicine that helps our children.

Elaine Levy mother to another child who is in desperate need of  medication writes in an accompanying email to the press release about the fact that she has had to sell her home to purchase medicine just because  the UK government refuses to tick the relevant boxes.

As an editorial aside the immorality of their actions even surprises a cynic such as ourselves  here at CLR especially when one reads MS Levy’s penultimate sentence about the plight of another parent in the same situation.

It is not lost upon this publication that the new zero right to protest legislation that the British government wants to enact would most likely even put an end to these brave people being able to stand outside Downing St or Parliament with their their placards.

Quite honestly words fail us.

Since November 2018 (877 days) when the law was changed to legalise it, there has been only 3 prescriptions written for full extract cannabis oil (FECO). For people with Intractable epilepsy this is the best medication, that will help reduce or even stop the seizures.
At PMQ’s yesterday there were two questions about full extract medicinal cannabis oil (Bedrolite) which is my daughters medicine and yet again the Prime Minister answered as if it was a supply problem.
IT IS A FUNDING ISSUE NOT A SUPPLY ISSUE!
There is not point of having access when we no longer can afford to pay £2,000 per month.
One parent has been offered end of life care for her son, rather than giving him the prescription that he needs.
I have personally sold my home in order to raise funds to keep my daughter well.

Everyone involved just seems to blame everyone else. Caring for a very ill child is incredibly tough in its own right. To have to fundraise thousands on top of that is intolerable. And then we’ve had to cope with the Covid restrictions on our fundraising. In desperation, we asked Matt Hancock to find a way to use Government and/or NHS money to fund our private prescriptions until the NHS sorts itself out.

Mother Elaine Levy said, ‘We are broken, emotionally and now financially. The sums of money involved are minuscule when set against the overall health budget. But for our children it’s about life and death. This can be sorted at the stroke of a pen. That it is feasible for the Government to help the limited numbers involved.

‘Everyone involved from the Government/NHS side says they want to help. But the months drag on and our families have not had any help. Some of the doctors in the leading medical professional bodies constantly say that they want more evidence that medical cannabis works and is safe. What they fail to acknowledge is that we have got the best evidence of all that it works for our children. They have been securing and administering it for over 2 years now with dramatic improvements in our children’s wellbeing.

Some of the children have gone from being exceptionally ill to going over a year seizure free. 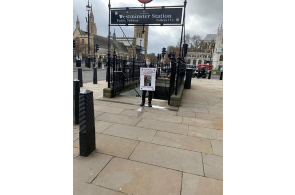