A young dad has been sentenced in court after he admitted attempting to have up to £300 worth of magic mushrooms which he claimed were picked from a field for his own use.

Alfred ‘Alfie’ Evans also pleaded guilty to riding a motorbike on his way to his mum’s house with 3.5 grams of cannabis worth £35 when police officers stopped him in Newtown on August 4. A positive drugs test found traces of cocaine and cannabis.

The 18-year-old told officers at the police station to charge him and send him to court after refusing to give a blood sample because he claimed to have a phobia of needles.

Welshpool Magistrates’ Court ordered Evans, of Cwrt Penllan, Newtown, to complete a 12-month community order which included 120 hours of unpaid work and banned him from driving for 22 months. He was also ordered to complete 15 rehabilitation days with a referral to drug abuse clinic Kaleidoscope.

Helen Tench, prosecuting, told the court that Evans admitted a charge of attempting to possess 14.7 grams of magic mushrooms, a Class A drug, which had a street value of between £150 and £300.

“The defendant told police he got them from a field and intended to consume them,” Mrs Tench added.

Robert Hanratty, mitigating, said the 18-year-old was left in a situation where he had “no option but to plead guilty” because he has a fear of needles.

Probation officer Julian Davies told the court that Evans said he used cannabis during the early hours on the day of the offence and took cocaine three days earlier. The court heard that the 18-year-old has been a cannabis user for the last 10 years “to help pass the time and relax”, and he occasionally takes cocaine.

“He says he didn’t realise the substance will be in his system and felt OK to drive,” he said. “Mr Evans says he should have overcome his phobia of needles.”

Magistrates ordered Evans to comply with a 12-month community order which includes 15 rehabilitation days with a referral to Kaleidoscope, and 120 hours of unpaid work. He is banned from driving for 22 months. Evans must also pay £500 court costs and a £114 victim surcharge. 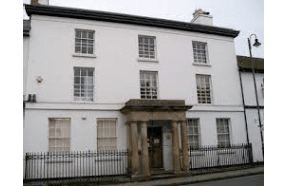