Patient, veteran and human rights organizations of Ukraine appealed to MPs with a demand to adopt bill No. 7457 on the legalization of medicines based on medical cannabis.

“The patients’ community has been fighting for six years to ensure that people with serious illnesses can relieve pain with medicines based on medical cannabis. These are patients with epilepsy, cancer, Parkinson’s and Alzheimer’s diseases, multiple sclerosis and PTSD. Such treatment is a normal practice in more than 50 countries of the world. Today, our patients abroad can receive medicines based on medical cannabis, it is necessary to give them such an opportunity in Ukraine,” said Inna Ivanenko, the executive director of the Patients of Ukraine Charitable Foundation, at a press conference at the Interfax-Ukraine agency on Tuesday.

According to the founder of the NGO Ukrainian Association of Medical Cannabis, Hennadiy Shabas, the document clearly regulates the cultivation of medical cannabis, control of circulation and prescription of drugs.

“According to the document, it will be possible to obtain medicines based on medical cannabis only by electronic prescription in pharmacies that have permission for such activities. Cultivation will take place under strict control and only with licenses. The turnover is also clearly regulated. Each batch of drugs will be marked with a special barcode. An electronic register will be created to make all stages of cultivation and turnover transparent,” Shabas said.

Dmytro Sherembey, the chairman of the coordinating council of CO 100% Life, in turn, noted that draft law No. 7457 was registered in the parliament more than six months ago. It has already been supported by the relevant committee of the Verkhovna Rada. 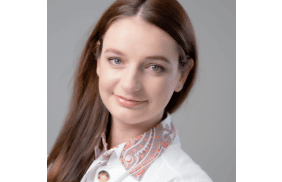