Good to see such vocal pushback from the get go

A second pro-cannabis legalization activist organization has taken a swipe at a new group that aims to shape federal marijuana legalization and is comprised largely of corporate tobacco and alcohol interests.

The Drug Policy Alliance (DPA) – which for years has fought for federal marijuana reform and been involved in numerous MJ legalization campaigns across the U.S. – singled out the Coalition for Cannabis Policy, Education and Regulation (CPEAR) in a statement.

CPEAR’s financial backers have an “abysmal track record of using predatory tactics to sell their products and build their brands,” DPA Executive Director Kassandra Frederique said in a statement, adding that “Big Alcohol and Tobacco” often target the same communities of color that have “borne the brunt of (MJ) prohibition.”

CPEAR, which announced its entry into marijuana activism earlier this month, has created a stir in the industry, given that its founders include the parent company of Marlboro cigarettes and two alcohol giants, the Molson Coors Beverage Co. and Constellation Brands.

“It is predictable, but reprehensible, that industries that have allowed the arbitrary distinction between licit and illicit drugs to stand for so long now want to end a form of prohibition in order to bolster their bottom line,” Frederique said.

“They stood by for decades as communities of color were criminalized and robbed of economic opportunities, only to try to swoop in when it is politically and financially convenient to do so.”

The DPA statement came a day after CPEAR Executive Director Andrew Freedman said during a call with reporters that unity among pro-legalization forces still needs “a lot more work” and that his coalition’s efforts are intended to be “complementary” to that of other legalization advocates, “not combative.”

The leader of the original nonprofit devoted to marijuana legalization, NORML, also was criticial of CPEAR a few days after the announcement of its formation. 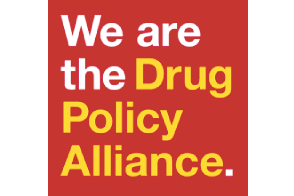