Sol Global Investments and its chairman Andy DeFrancesco were recently named as defendants in a class action lawsuit  brought by shareholders in Canadian cannabis company Aphria. The lawsuit accuses DeFrancesco of self-dealing and hiding his true ownership of stock and assets that gave him a controlling interest in South American cannabis farms (called LatAM assets) that he benefited from when they were sold to Aphria at an extreme mark up price. The defendants are accused of miss-statements in public filings that claim the assets are economically valuable when the reality is the cannabis farms didn’t exist or don’t have licenses fully approved to allow the farms to produce and sell the cannabis products. DeFrancesco and his co-defendants are accused of violating the Exchange Act by using their controlling interest and positions to inflate the price of Aphria stock. When their alleged fraud was uncovered by two short-selling funds the price of Aphria dropped 50% in just three days. 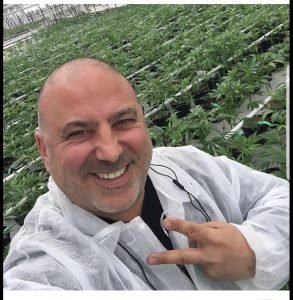 Andy DeFrancesco has tried to defend media reports of wrong doing by claiming he is just one investor in a group of others that benefited from the LatAM sale. He told, Canadian publication, the Globe and Mail in January that other rich families and Bay Street firms invested besides Delavaco in the private companies he buys and sells to public companies. Andy said, his wife’s name, Catherine DeFrancesco,  often shows up as the initial shareholder but that doesn’t indicate she is the largest shareholder. 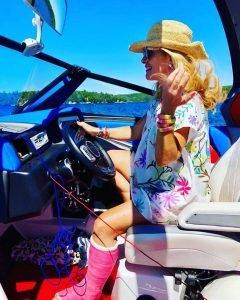 If Andy and his immediate family own more than 10 percent of a stock that trades on a US exchange, securities laws require him to disclose the total stock ownership of that group. Andy Defrancesco told the Globe and Mail he discloses ownership of everything he thinks he is required to do by law. It’s those kinds of public statements that the Aphria shareholder lawsuit for securities fraud will try to explore in discovery as they attempt to prove Andy has made miss-statements about his control position of Scythian when the company sold the LatAM assets to Aphria.

The emails also show the questionable transaction was led by a New York attorney named Harvey Kesner who was at the time a named partner at Sichenzia Ross Ference Kesner LLP  on behalf of the DeFrancesco’s.

Attorney Kesner is best known for his long time role as deal adviser and corporate attorney for accused pump and dump ring leader Barry C. Honig. Honig and his affiliates were charged by the SEC for securities fraud in September 2018. Teribuhl.com was also first to report on the pump and dump ring leaders who are also under investigation by the Department of Justice.

Kesner’s ethics as a lawyer for companies that make public financial filings with the U.S. Securities and Exchange Commission have also come under question in a new lawsuit filed in Southern California Federal court. Last month a federal judge ruled Kesner (and his former law firm) can be sued for malpractice, unjust enrichment and fraud by the founders of San Diego-based MabVax Therapeutics. The MabVax lawsuit accuses Kesner of violating serious conflicts of interest and even a possible obstruction of justice in the SEC investigation. MabVax is one of the companies in the SEC enforcement action against his client Honig. 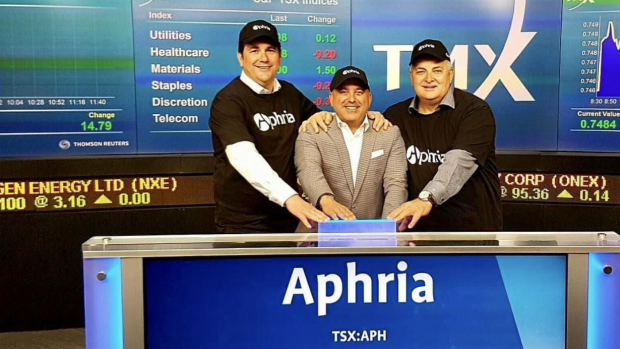 The Aphria lawsuit claims Andrew DeFrancesco and his private equity firm, the Delavaco Group, were integral to the fraudulent scheme. Andy has said in public statements that he runs the Delavaco Group but Catherine owns it. Delavaco’s current private company Bloomberg profile list him as President, Chief Investment Officer, and board director. Delavaco Group says its headquarters are in Florida but there is no LLC registration for Delavaco Group.

Instead there is a Delavaco Capital registration that lists Andrew DeFrancesco as its director/agent starting in 2009. Andy effected a corporate name change on April 13 2012 changing Delavaco Capital to Delavaco Holdings. Then while Andy Defrancesco was advising on the deal to sell the LatAM cannabis farms to Aphria via Scythian Biosciences for C$193 million he quietly changed the corporate director/agent/owner to his wife Catherine Defrancesco. The LLC Director change was signed on April 23 2018, according to records filed with the state of Florida.

Catherine was Andy’s wife until April 2019 when their divorce was finalized in Broward County, Florida but it is unclear if the divorce was only designed to create a paper trail of an appearance that the two are not working together as an affiliate group. 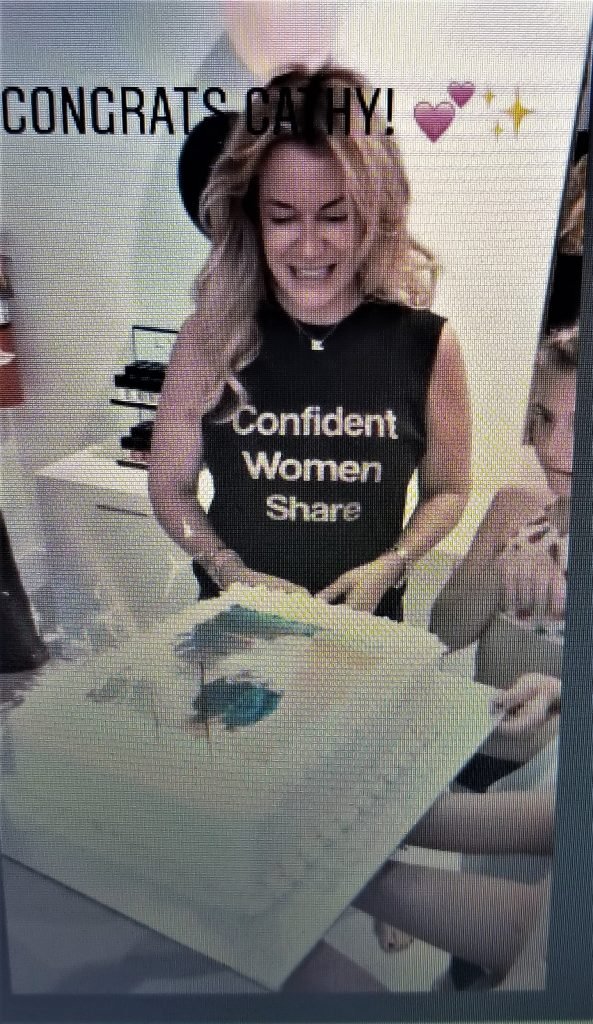 Instagram. Catherine Defrancesco at opening of her yoga studio


The emails below are between two attorneys.

Cannabis Law Report has verified who the broker dealer is and the attorney’s name that is corresponding with Attorney Kesner.

In the interest of source protection we will not be publishing their names.

On July 23, 2018 at 6:13 pm Attorney Harvey Kesner wrote an attorney at a U.S. broker dealer concerned that Catherine DeFrancesco’s shares in Scythian were not going to be accepted for deposit,

“Hi I tried to call you. The DTC approval is about to go stale unless [the broker dealer] deposits the DeFrancesco shares. All legal review was done when the shares were submitted to DTC initially. Are we on track?”

The attorney for the broker dealer wrote back the next morning on July 24 at 8:45am and began challenging attorney Kesner on if he had power of attorney to speak for Catherine Defrancesco and began to question if the Scythian shares are even DTC eligible,

“Good morning Harvey. Regulation S-P, along with corollary State privacy laws, don’t allow me to acknowledge or deny any particular account or deposits. That said, I had no idea that the DTC approval occurred or when. That’s not my process. In terms of process and procedure, DTC reviews and the legal reviews with respect to any particular deposits are done by diﬀerent areas of the ﬁrm that have diﬀerent responsibilities. So if, hypothetically, someone deposited Scythian shares that deposit will need to stand on its own through my team’s process.”

On July 25th Attorney Kesner wrote back. The first line reads like someone else is being allowed to buy and sell shares in Catherine DeFrancesco’s name.

Hi, the customer has emailed that I am authorized to speak with you concerning the deposit by Catherine DeFrancesco. As I understand it a question has been asked to the eﬀect of why didn’t Delavaco Holdings, Inc. merely purchase shares in the open market? The following reﬂects our understanding.

The derivation of the shares (the same info was provided to DTC in connection with processing the DTC application that was approved) is that GT Capital Inc. (seller) sold to Delavaco Holdings, Inc. (buyer) from a larger share certiﬁcate owned by GT. GT maintains its own accounts in Canada (IA Securities) that purchased in the open market. See Statement. Andrea DeFrancesco owns GT Capital Inc (seller) and Cathy DeFrancesco owns Delavaco Holdings Inc (buyer) who are sister in laws.

In connection with the initial DTC application, a US brokerage account was needed ( ) and an initial deposit into DTC made by the brokerage/DTC member. Catherine DeFrancesco (Delavaco) purchased the shares from the GT entity and opened the brokerage account solely for this purpose at to deposit the split oﬀ certificate of 10,000 shares of Scythian. There was no desire to purchase additional shares by Delavaco in the Canadian open market when ample shares were owned by GT and readily transferable, no desire for Delavaco to open a Canadian account and eﬀectuate a trade, and the goal was speciﬁcally to eﬀectuate the US DTC deposit. The share sale was completed in contemplation of the deposit presently being made. Accordingly, the deposit and transaction was essentially for the convenience of the pares given the account requirements as understood by them and us and the desire of Delavaco (not GT) to open an account with in the US.

I hope this is satisfactory.

An interview with an executive who worked at the broker dealer confirmed the Scythian shares were never allowed to be deposited because the broker dealer felt uncomfortable with the off market purchase between what could be affiliates.

Attorney Kesner did not answer a series of questions Cannabis Law Report asked via email about the transaction and would not comment on this story.

At the time of these emails Kesner was also the listed attorney for Scythian in all of their SEC filings. In February 2018 Kesner tried to get Scythian uplisted on the NASDAQ capital markets from the OTC markets and the company announced the event in a 6-k. A SEC filing made on February 22, 2018 says Scythian was not able to finish the NASDAQ listing because it could not get the required shares through the DTC.  You need at least one million shares trading through the DTC and 300 investors with at least 100 shares each to be listed on NASDAQ capital markets. In August Scythian gave up, de-listed from the TSX and stopped making SEC filings. It changed  its symbol and company name to Sol Global and then listed on an exchange known for light reporting requirements and a lack of disclosure called The Canadian Stock Exchange. The currently stock ticker for Scythian is $SOL.CN. It is unknown if Scythian ever signed a conflict of interest waiver for attorney Kesner to also represent an investor in the company.

Andrea DeFrancesco, who is a flight attendant for Air Canada, is the named owner of GT Capital according to SEC filings. GT Capital has the same Bay street address in Toronto as Scythian uses. GT Capital also made an investment in RIOT Blockchain early last year. Catherine DeFrancesco has recently been named a defendant in the RIOT shareholder securities fraud suit because Andy alleged used her name to make investments. Andrea DeFrancesco also shows up as owning one of the private telecom related companies that Cool Holdings bought when her brother was a director of the company. The ticker for Cool Holdings is $AWSM. Last month Cool Holdings admitted in an SEC filing that the company received a subpoena from the SEC over suspicious trading in the company while Andy Defrancesco was on the board.

According to messaging on social media seen by Cannabis Law Report Andrea DeFrancesco says she doesn’t pick the stocks that are invested in her name. She said her boyfriend, Mike Nardi, a fellow Canadian flight attendant does that for her. 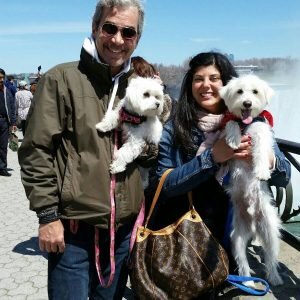 The attorney Kesner emails leave open questions about how and when Andrea got the Scythian shares. They could have been given when the LatAM shares were sold to Scythian. She could be acting as a nominee to hold stock for Andy and Catherine so they don’t violate beneficiary ownership rules of disclosure. If Andrea DeFrancesco wanted to get out of her Scythian position just days after the company announced it had made money selling the LatAM assets to Aphria why not just sell the shares on the open market?

Andy DeFrancesco joined Scythian’s board of directors on September 4, 2018 and became Chairman on September 21, 2018. On November 1, 2018, DeFrancesco also became Scythian’s Chief Investment Officer. DeFrancesco’s Delavaco Group maintains offices with Scythian in Florida. September 2018 was the first time DeFrancesco declared he was a beneficial owner of any Scythian stock after the company gave him 400,000 shares for joining the board. But about three months prior millions of Scythian stock was paid to the group of private companies, founded by DeFrancesco, for the purchase of cannabis farms and marijuana licenses in Columbia, Jamaica, and Argentina.  Canadian Stock Exchange records for Scythian never showed which individuals got those shares.