The U.S. Supreme Court on Monday refused to hear an appeal from two California-based cannabis companies that were seeking a reprieve from federal tax bills totaling $1.9 million under Section 280E.

According to Law360, the high court didn’t weigh in on the case; it simply declined to hear the arguments involved, which leaves both businesses – Organic Cannabis Foundation and Northern California Small Business Assistants (NCSB) – without further legal recourse.

The companies’ case has been ongoing since 2015, when their attempt to appeal the IRS tax bill decisions to U.S. Tax Court were thrown out without consideration because they were a day late.

After the U.S. 9th Circuit Court of Appeals upheld the Tax Court’s ruling that the appeal was filed too late, the companies took their case to the U.S. Supreme Court. 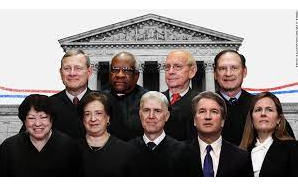