In a press release ……The Governor urged the 33rd Legislature to act quickly on his proposed Cannabis Act legislation in order to shore up the Government Employees Retirement System, which is suggesting a 42 percent cut in benefits – an option the Governor said is “clearly not an option.”

“While we cannot fix the entire GERS in one fell swoop, we do have pending legislation in the Cannabis Act that will start to chip away at the problem,” Governor Bryan said. “We continue to work in Washington to identify a funding source for a cash infusion and lobby for the gas tax rebate but these things are not in our control, they are up to the federal government. We must act on the things that are.

“We have listened to the concerns of the public and our senators have included them in the new draft of the bill,” Governor Bryan said about the amended Cannabis Act before the 33rd Legislature. “I am urging the Legislature to act swiftly and pass this revenue measure as soon as possible.” 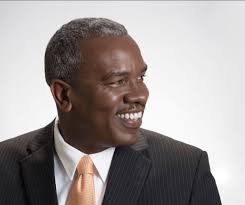