The pardons, linked to city court cases, are automatic, Woodfin said in an announcement made on April 20, a day that many associate with marijuana use.

Many people have a hard time finding work because of drug convictions, and Woodfin said the move would allow them to rejoin the workforce and provide for their families.

“Here’s why we’re doing this – no one should be held up by a single past mistake. No one should be denied job opportunities or freedoms due to missteps from the past,” he said in a statement.

The pardons will eliminate convictions for marijuana possession from criminal records from 1990 through 2020 but do not affect pending cases, said a news release. A pardon also does not cancel fines, fees or other costs linked to a marijuana conviction.

The announcement by Woodfin, a Democrat, came as the Alabama Democratic Party said it would support the legalization of marijuana for recreational and medical use in the state.

Legislative committees have approved a Republican-backed bill allowing marijuana for medical uses, putting the measure in line for a key vote in the Alabama House. 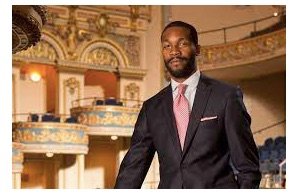