ORT TOWNSEND — In public comment after comment, the message has been read in local government meetings: Decriminalize psilocybin mushrooms in Port Townsend.

These fungi, the numerous commenters write, can be helpful, not harmful — even as the Drug Enforcement Administration classifies it as a Schedule 1 illegal drug, making anyone found with it a felon.

Port Townsend Psychedelic Society cofounder Erin Reading, like the rest of the writers, calls on the Port Townsend City Council to pass a resolution that would place possession of these “magic” mushrooms at the bottom of local law enforcement’s priority list.

Having had personal experience, “I believe in the healing power of these plants and fungi,” said Reading, 37, who holds a master’s degree in philosophy and religion from the California Institute of Integral Studies.

Reading, along with Rebecca Ramsey of Port Townsend, began bringing the “decriminalize it” message to the public in 2019 with a few community meetings and a website, porttownsendpsychedelic society.org.

Santa Cruz and Oakland, Calif., Ann Arbor, Mich., and just this month, Somerville, Mass., are among those communities; their law enforcement officers won’t be spending time arresting residents for possessing the natural psychedelics.

Until last fall, Port Townsend police weren’t pursuing such cases either, Reading said. Then Andrew Barton, who uses the name Annie, was arrested for possession of psilocybin mushrooms on Nov. 6. After officers Nate Holmes and Brian Kasprzyk saw the bag of fungi and handcuffed Barton, they found a container of 27 Oxycodone pills on her keychain. Barton was charged with two felonies. With no trials in Jefferson County Superior Court until April, she has a status conference set for March 19.

Barton’s arrest and prosecution have galvanized Reading and others supporting her cause. And this week, the Port Townsend City Council’s Ad Hoc Committee for Public Safety and Law Enforcement has answered their letters.

“The council that acted as a committee did recommend to the full council that there be a resolution about the low priority [of prosecutions], and to have it put on the agenda,” Mayor Michelle Sandoval said Tuesday.

Though no date is set, the council will take action on it “in the near future,” she said.

The Jefferson County commissioners also have listened to multiple letters advocating for decriminalization. District 3 Commissioner Greg Brotherton, after hearing a spate of such comments during the board’s Jan. 11 meeting, said he agreed with them all. Sending people to jail for having psilocybin mushrooms is an outmoded response, he said.

The commissioners, however, don’t have the authority to decriminalize entheogens, he noted.

“What we can contribute is to continue the conversation,” said Brotherton, who in 2014 opened Sea Change Cannabis, the North Olympic Peninsula’s first recreational marijuana dispensary. He’s since sold the Discovery Bay store to Travis and Nicole Mason.

For Reading, the conversation is about mental health, natural medicine and a turn away from the country’s war on drugs.

Entheogens are proving valuable in the treatment of depression, anxiety, post-traumatic stress disorder and other ailments, she said, while adding she advocates their use only by adults in safe spaces.

Author Michael Pollan helped bring the issue into public discourse with his 2018 book, “How to Change Your Mind: What the New Science of Psychedelics Teaches Us About Consciousness, Dying, Addiction, Depression, and Transcendence.” Reading praised the book, which discusses guided LSD use, but added that her focus isn’t on such laboratory-made drugs but on natural psychedelics.

“I know so many people locally who microdose,” she said. Many people in Jefferson County use psilocybin or other entheogens to “take a yearly deep journey, partake in sacred celebration, connect with the natural world.”

Reading added the Port Townsend Psychedelic Society has no objection to retail stores offering natural psychedelics or to medical providers and therapists prescribing the substances.

But people must be able to access the plants and fungi by gathering them in the wild, growing them or gifting them within their communities, she said. Income or health insurance shouldn’t be barriers.

With parallel efforts to decriminalize entheogens in Seattle and across the Pacific Northwest, some urge Reading to work with the state Legislature instead of focusing on Port Townsend.

But that, she said, is not her style.

“I like working at the local level,” she said, adding she’s received abundant support for the society’s efforts.

“I don’t think we need to wait for the state,” she said. 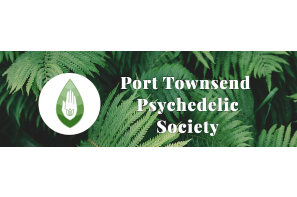