Title:  Jeff Sessions Trumped — Are Marijuana Stocks About to Skyrocket? An upheaval in the U.S. marijuana industry could be on the way. But the operative word is “could.”

President Trump once ranked his own The Art of the Deal as his second favorite book. However, he just might have learned something about the art of the deal from Sen. Cory Gardner (R-Colo.).

Sen. Gardner vowed to block all of the president’s nominees to the U.S. Department of Justice in January. This move came after Attorney General Jeff Sessions overturned the Obama administration policy that prevented federal law enforcement officials from interfering in states that had legalized marijuana. In 2012, Gardner’s home state of Colorado voted to legalize recreational use of marijuana.

The tactic appears to have paid off. Last week, Trump reached an agreement with Gardner that could mean states like Colorado can breathe easier. Does Trump’s deal now provide the fuel for marijuana stocks to skyrocket?

Title: Marijuana Stocks are About to Explode – Sorry, Not Sorry Jeff Sessions!

On Friday April 13th, 2018 it was announced by the Washington Post that President Trump has promised to support Sen. Cory Gardner & that he’ll support congressional efforts to protect states that have legalized marijuana! (Sorry, not sorry Jeff Sessions)

According to the Washington Post and to further solidify this amazing development Gardner said Trump told him the marijuana industry in Colorado won’t be targeted. White House press secretary Sarah Sanders said Gardner’s statement was accurate and that Trump is “a firm believer” in states’ rights.

When this news hit on Friday 4/13/2018 naturally Marijuana Stocks on both sides of the border began to jump & respond favorably. The biggest mover after Sen. Gardner’s announcement of his conversation with the president was Aphria (APHQF), with shares surging nearly 15%.

The share prices of the two largest Canadian Marijuana Stocks by market cap & cannabis growers by, Canopy Growth (TWMJF) and Aurora Cannabis (ACBFF), moved up 7% and 8%.

This is the 1st bit of truly positive news to come out of the USA for the marijuana industry in a while and it was a huge! Will marijuana stocks continue to rally into Monday 4/16/2018 and beyond…? With President Trump’s support it sure looks that way!

Politicians in California, Colorado, Louisiana, New Hampshire, and South Carolina will ponder some rather potent legislation for the week of April 16, 2018.

In Pennsylvania, some elected officials are seeking to amend the state’s definition for drug trafficking, while Louisiana’s policymakers have three key pieces of legislation of their own to consider. While one of Louisiana’s proposed bills seeks to decriminalize marijuana, another bill would replace the state’s existing law by enacting civil penalties for small amounts of pot. And for Louisiana’s perpetually disenfranchised entrepreneurs, yet another bill benefits minority-owned cannabis businesses.

Extract: The cannabis industry holds a treasure trove of customers’ private information and business intelligence. This makes your business a prime target for cyber-attacks and/or surveillance, as both hackers and other entities are clamoring to acquire this treasure. 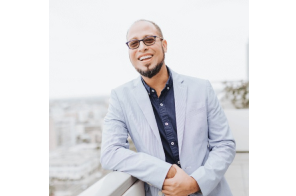 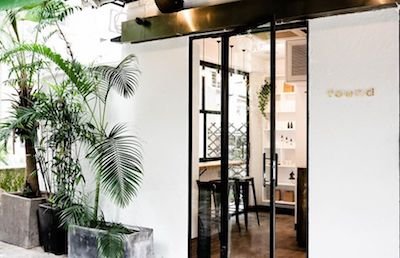