As and when Federal legislation comes into play does this mean we might be seeing caps on THC percentages in regulated cannabis ?

Trump-appointed Surgeon General Dr. Jerome Adams appeared on Hill TV’s morning show “Rising” Wednesday to share his concerns about the rising potency of cannabis products. Adams began the segment by explaining to viewers that THC is “the product which causes you to get high, which can cause addiction, which can cause problems.” Adams then went on to describe the potency levels of professionally grown marijuana strains, as well as the THC content of vapes and dabs. The surgeon general expressed concern about the risks of high-THC cannabis, especially for young people’s developing brains and pregnant mothers.

US Surgeon General Dr. Jerome Adams isn’t wrong. Over the past few decades, cannabis has become more potent. Studies have tracked the THC content of illicit marijuana seized by law enforcement, and they show that THC levels have increased while CBD levels have decreased. One study measured an increase from 4 percent THC in 1995 to 12 percent in 2014. And with the advent of legal commercial cannabis, it’s not uncommon to find many medical and retail strains breaking 20 percent THC today. Concentrates products like vape cartridges, wax and shatter easily top 50 percent THC, with some hitting 70, 80, even 90 percent. Edibles can also deliver large doses of THC.

But while it’s definitely possible to get too high for comfort, it’s still not possible to die from THC consumption, unlike, well, alcohol. Yet that didn’t stop the US Surgeon General from comparing high-potency cannabis concentrates to pints of grain alcohol, which could definitely kill you.

“I like to have a glass of wine every once in a while,” Adams told “Rising” host Saagar Enjeti. “But that doesn’t mean I endorse going out and drinking a pint of grain alcohol.” 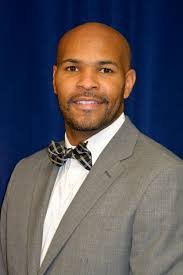