USA: The Psychedelic Movement Spreads its Spores to the Sunshine State

As dozens of groups spread across the country with the purpose of decriminalizing entheogenic plants and fungi, a new group has emerged in Florida,  Mr. Psychedelic Law,  stacked with doctors, lawyers, spiritual leaders, lobbyists, therapists, and other industry-leading professionals.

As explained on their website, the mission of  Mr. Psychedelic Law  is to use medical and spiritual research to drive responsible legal reform in Florida for psilocybin mushrooms and other entheogenic plants and fungi.

Co-Founders – Dustin Robinson, Esq. CPA. and Dr. Michelle Weiner, DO MPH – have combined their legal and medical expertise, respectively, to build a team with a balanced and holistic approach to coming up with responsible legal reform. 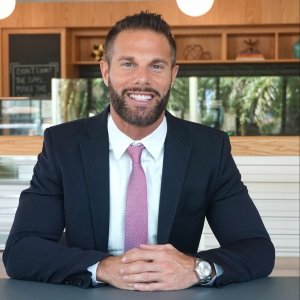 Dustin Robinson, Esq. is licensed in Florida as an attorney, a Certified Public Accountant, and a Real Estate Agent. He focuses his practice on providing legal, accounting, financial, and business consultation to various businesses and doctors operating in the hemp and marijuana industries.  He has worked at one of the largest national accounting firms – Deloitte – as well as one of the largest national law firms – Holland & Knight. Dustin was introduced to the psychedelic industry when his cannabis-business-clients started exploring psilocybin mushroom opportunities in Jamaica; and his cannabis-doctor-clients started exploring research opportunities related to psilocybin mushrooms. After talking with hundreds of people about their spiritual psilocybin experiences and then discussing the medicinal value of psilocybin with dozens of doctors, Dustin decided that it was time to push the psychedelic movement forward by building a team of the top medical, spiritual, and legal professionals in Florida with a focus on RESPONSIBLE legal reform. And, hence, Mr. Psychedelic Law was created

“As a lawyer and CPA, I have the tools to draft legislation,” he  explained.

“But, by myself, I don’t have the subject-matter expertise to draft responsible legal reform that accounts for the potential negative effects of taking these compounds under the wrong set and setting. Thus, it was imperative for me to form a team of medical and spiritual professionals that can guide my team of lawyers through our journey for responsible legal reform.” 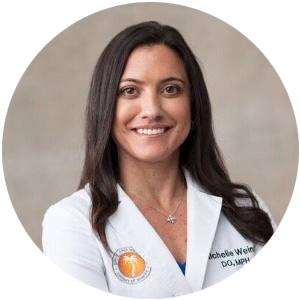 The Mr. Psychedelic Law team pulls from multiple disciples of law, medicine, mental health, and spiritual well-being. Co-founder is a double board-certified Interventional Pain Management and Physical Medicine and Rehabilitation. As the Chair of Florida’s Medical Marijuana Advisory Committee, she brings a breadth of experience with respect to practicing and advocating in highly-regulated industries. She is a Co-Investigator on multiple IRB approved research studies at the University of Miami and FIU with the focus of improving quality of life, decreasing pharmaceuticals, and preventing chronic disease through plant-based medicine and safer routes of administration.

Dr. Michelle Weiner explains, “When I first started administering ketamine to my patients, I was curious yet skeptical. I knew that there were limited protocols surrounding dosing and route of administration of ketamine and other psychedelic substances. However, after treating multiple patients with oral, intramuscular or intravenous ketamine and researching its effect on pain and mental health, I came to realize that ketamine and other psychedelic substances have the potential to have tremendous medicinal value when administered under the right conditions. It is time we research the value of ketamine, psilocybin, ibogaine, and other entheogens so that we can naturally improve the mental health of the world through responsible legal reform.”

Members of the Mr. Psychedelic Law team are already playing a key role in some of the research surrounding psilocybin. For example, Dr. Scott Fisher, MD, a graduate from Northwestern University, is a Lead Facilitator in the FDA-registered Phase 2 clinical trial assessing the effectiveness of a single dose of psilocybin for the treatment of depression.  With a Certificate in Psychedelic Therapy and Research at the California Institute of Integral Studies, Dr. Fisher’s main interest lies in “the potential for psychedelic facilitated psychospiritual experiences to improve emotional and mental health problems.”

As different groups are popping up across the country, we are seeing the emergence of two separate schools of thought

Cannabis Law Report asked  Board Member Paula Savchenko, Esq. which approach will be taken by the group.

“We believe that it is too early in the movement to take sides. We welcome both schools of thought and believe that the legal framework will ultimately be a blend of both the entheogenic approach and the psychotherapeutic approach. One may come before the other. But ultimately, we believe the law will eventually reflect both schools of thought. That’s precisely the reason we have a Medical Advisory Board and a Spiritual Advisory Board.” 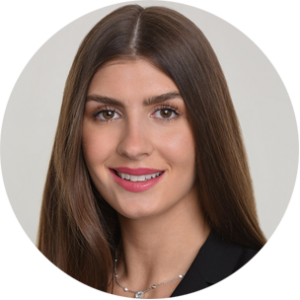 Board member Dr. Robert Steisfeld added, “As a doctor of naturopathic medicine and a trained natural food chef who believes in the spiritual value of natural substances, I have seen tremendous value with these substances from both a medicinal and spiritual level. I think our law should reflect that.”

Through cooperative argumentative dialogue we plan to stimulate critical thinking and ideas that will ultimately engender responsible and coherent legal reform.

Leading the Spiritual Advisory Board of Mr. Psychedelic Law is Mike “Zappy” Zapolin. Zappy won the Amsterdam Film Festival’s Van Gogh award for Documentary Directing on his film “The Reality of Truth” which focuses on the importance of going inside one’s own mind for answers and healing.  The film features actress Michelle Rodriguez, Deepak Chopra, Ram Dass, Dr. Drew, Marianne Williamson, and Joel Osteen.  His latest film “Lamar Odom: Reborn” documents the psychedelic intervention Zappy gave to Lamar over the last two years using the breakthrough treatments of Ketamine and Ibogaine. 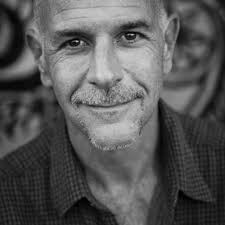 “I have made it my life-long goal to better understand ketamine, ibogaine, and other psychedelics so that I can help people reach a deeper state of consciousness and gain a stronger understanding of one’s own mind.” Zappy explains. “I have traveled the world in my quest for knowledge and led hundreds of people through their psychedelic journey. I believe we have a fundamental right to control our own minds. I couldn’t be more excited to work with the Mr. Psychedelic Law attorneys to advise on responsible legal reform for these substances.”

But Mr. Robinson and Dr. Weiner haven’t stopped with building just a strong legal, medical, and spiritual team. They  say they also intended to ensure that equality and diversity was at the forefront of any future regulations. 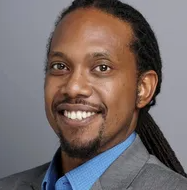 Thus, they brought on board Erik Range as the Chief Officer of Community Outreach.

“I have always admired Erik’s advocacy for minorities and the community that has been disproportionately impacted by the war on drugs. I’ve been fortunate to partner with Erik on various projects in the cannabis space. Erik’s main role with Mr. Psychedelic Law is to engage with the community-at-large and ensure that our regulations are fair, equal, inclusive, and representative of the entire Florida community.” 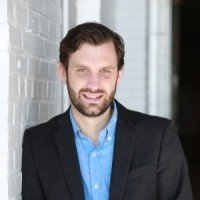 “Democracy demands that lawmakers enact laws that reflect the will of the people, and adapt to new knowledge and changing public opinion.
While the cannabis movement provides some insight on how to move psychedelic medicine forward, it is not a blueprint as these substances have too many differences from cannabis.
Our strategy will be to engage and create a dialogue between lawmakers, advocates and the people of Florida.”

He goes on to explain, “We are also looking to partner with organizations that are aligned with our goals. The Ketamine Fund – a 501(c)(3) focused on providing free ketamine treatment to veterans – is one of our first partners. We plan to leverage their deep knowledge and network surrounding ketamine to build our outreach and further educate the public.” 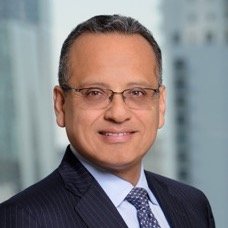 With the mission of driving legal reform through research, Mr. Psychedelic Law understands that FDA-approved clinical trials will be crucial to formulating responsible legal reform. Edgar Asebey, Esq. will be leading all efforts relating to the FDA. Mr. Asebey has over two decades of experience in federal regulation of pharmaceutical, biotechnology, medical device, food, dietary supplement and cosmetics companies.

The FDA process is complicated, long, expensive, and risky. Mr. Robinson explains: “I have partnered with Mr. Asebey on various FDA matters and he is one of the most knowledgeable FDA attorneys in Florida. He will be integral in helping the Florida community build the research necessary to draft responsible legal reform.”